The OIC should fight Islamophobia

Rasa - A Turkish minister said Thursday that members of the Organization of Islamic Cooperation (OIC) should work to fight Islamophobia. 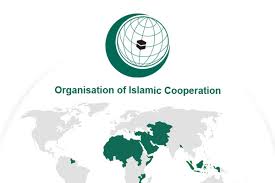 RNA - Turkey’s youth and sports minister said Thursday that members of the Organization of Islamic Cooperation (OIC) should work to fight Islamophobia.

"As OIC members, it is our duty to fight such defamation. Our noble religion, Islam, can in no way be mentioned alongside terrorism," Akif Cagatay Kilic told the Third OIC Youth and Sports Ministers Conference in Istanbul.

Kilic said Islamophobia tries to make people have a negative image of places where a majority of Muslims live.

"Islam supports all victims and oppressed peoples without regard to religion, language, or race and always takes a stand against tyrants", he added.

He warned that there are some who want to see Muslim countries slide into social and political chaos, adding that they should be especially on guard against attempts to influence young people for the worse.

Founded in 1969, the OIC, with a current membership of 57 states, is an international organization working to protect the interests of the Muslim world in the spirit of promoting international peace and harmony.

The second-largest inter-governmental organization after the UN, the OIC says, "The organization is the collective voice of the Muslim world".

Tags: Organization of Islamic Cooperation Turkey Islamophobia
Short Link rasanews.ir/201mKb
Share
0
Please type in your comments in English.
The comments that contain insults or libel to individuals, ethnicities, or contradictions with the laws of the country and religious teachings will not be disclosed