Commander Vows Harsh Response to Any Threat against Iran

Rasa - Commander of the Islamic Revolution Guards Corps (IRGC) Major General Mohammad Ali Jafari warned the enemies of a crushing response in case of any threat against Iran. 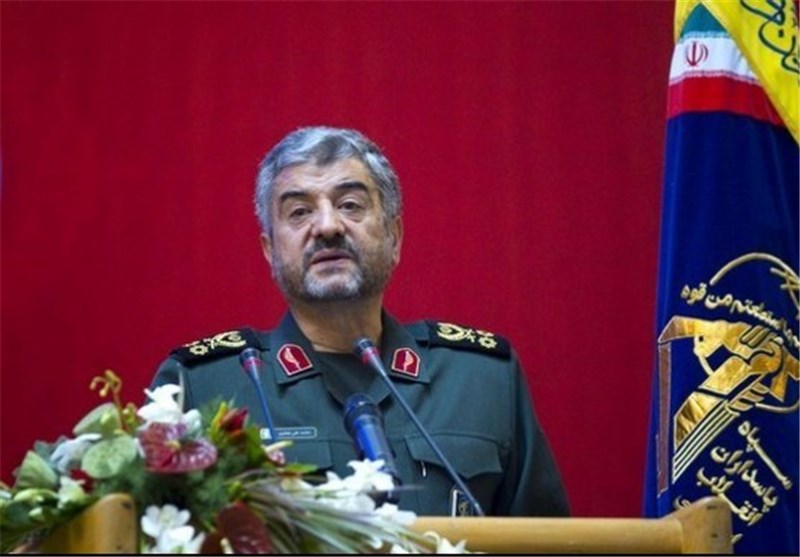 RNA - Speaking in a ceremony held on Thursday in the southwestern province of Kohgiluyeh and Boyer-Ahmad, Major General Jafari said the country's armed forces will force any aggressor to retreat in case of any anti-Iran move and "restore the country's rights".

Pointing to enemies' failures to fulfill their goals against the Islamic Republic, Jafari added that the enemies can no longer harm the Islamic Establishment despite all their plots and planning.

The current “unique security” of Iran is the result of the nation’s resistance and steadfastness during the eight-year war imposed by the former Iraqi regime on the Islamic Republic during the 1980s.

Back in August, Leader of the Islamic Revolution Ayatollah Seyed Ali Khamenei also cautioned the adversaries that Iran’s response to any assault will not be confined to defense alone, but aggressors will face a crushing response.

And in May 2015, Imam Khamenei made it clear that the Iranian nation will not let any possible act of aggression against the country go unanswered.

“The era of hit and run has ended” and the Iranian nation will chase aggressors, the Leader said at the time.

Tags: Mohammad Ali Jafari IRGC Iran
Short Link rasanews.ir/201mKZ
Share
0
Please type in your comments in English.
The comments that contain insults or libel to individuals, ethnicities, or contradictions with the laws of the country and religious teachings will not be disclosed