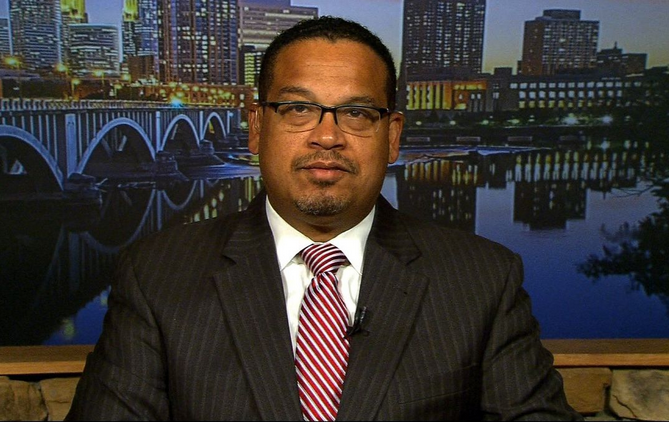 Kellyanne Conway tweeted a link to a New York Post article about a Muslim man in Pakistan who killed his sister, writing: "Muslim kills sister bc she married a Christian. Their father upset bc son's income gone & bc daughter brought shame."

"What does pointing to one individual doing a horrible thing in a nation of 196 million Muslims have to do with our election?" he tweeted.

Many have accused Trump of stirring up bigotry throughout his campaign, including his call for a temporary ban of Muslims immigrating to the US.

"It is a news story. You made it political. (After Bill Clinton trashing Obamacare story, this was 2nd most trended story in today's NYPost)," Conway responded to Ellison.

This is not Ellison's first time publicly criticizing the Trump campaign. In early August, after Trump attacked the Gold Star Khan family, Ellison issued a sharp rebuke to Republicans saying that the GOP is at a "moral fork in the road."

"Good for Mitch McConnell for saying Capt. Khan is a hero, but they're saying this within the context of their Republican nominee disparaging his family," Ellison had said on CNN's "New Day." "The Republican Party is at a moral fork in the road -- they have to now decide who they are and what they are."

Ellison added that Republican leaders should "ask themselves whether they are damaging their own credibility by being associated with him."

Tags: Muslim Congress Trump
Short Link rasanews.ir/201mKU
Share
0
Please type in your comments in English.
The comments that contain insults or libel to individuals, ethnicities, or contradictions with the laws of the country and religious teachings will not be disclosed