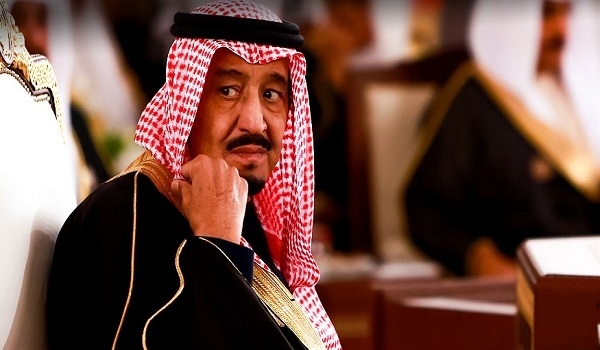 RNA - The London-based daily quoted informed sources as saying on Wednesday that King Salman has cancelled all financial advantages of the Saudi princes and is merely paying them their monthly salaries.

According to the source, King Salman may also review the salary of those wealthy princes who have accumulated millions of dollars.

Earlier, Saudi Arabia had started decreasing the salaries of ministers and high-ranking officials and stopping investment projects given the low oil prices, high expenses of Riyadh's war against Yemen and its support for the extremist and terrorist groups in Syria.

A well-known source in the royal family disclosed in December that the Riyadh government's invasion of Yemen has cost the kingdom tens of billions of dollars and the lives of over 2,000 Saudi soldiers killed in combat with Yemeni army and popular forces over the past 9 months.

"Saudi Arabia has spent over 200 billion Saudi rials (over $60 billion) for its aggression against Yemen in the past nine months," Mujtahid wrote in his latest tweets.

Mujtahid is a Saudi political activist who is believed to be a member of or have a well-connected source in the royal family.

"The daily cost of the war for Saudi Arabia is 750 million Saudi rials (over $200 million) which is spent on purchasing bullets and for logistics," Mujtahid said.

Tags: Salman Saudi
Short Link rasanews.ir/201mKO
Share
0
Please type in your comments in English.
The comments that contain insults or libel to individuals, ethnicities, or contradictions with the laws of the country and religious teachings will not be disclosed