Rasa - Iranian Parliament Speaker Ali Larijani says the Islamic republic seeks to uproot Takfirism in the Middle East while the US and the Israeli regime are after fueling tensions in the region. 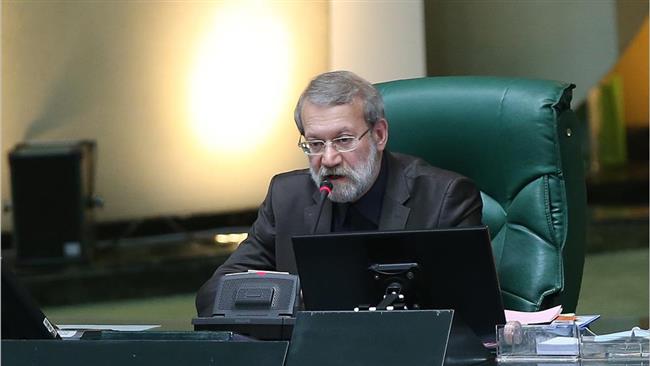 RNA - Iran is after quelling and eradicating the scourge of Takfirism in the region, but the US and the Israeli regime seek to fan the flames of the crisis "as far as their interests are not jeopardized," Larijani said at a parliament session on Wednesday.

He criticized Washington and Tel Aviv for supporting Takfiri terrorists in their crimes against the Muslim Ummah, calling into question Washington’s sincerity in the fight against terrorism.

Larijani added that in a recent speech at the annual Herzliya Conference held by Israel, a well-known American figure said that Israel is enjoying the best conditions in the region as the countries in the Middle East are grappling with security crises.

The remarks show that despite their claims, “the Americans and the Israelis have no determination to battle terrorism,” Larijani said, warning of a bigger plot in their adventurism in the region.

As maintained by Leader of the Islamic Revolution Ayatollah Seyyed Ali Khamenei, approaches taken by Iran and the US towards regional issues are poles apart, he added.

Larijani's remarks come as the countries in the Middle East are grappling with acts of terrorism perpetrated by militant groups, including the Daesh Takfiri group, which has been wreaking havoc mainly in Iraq and Syria.

The US and its regional allies have been criticized for sponsoring the militant groups, including those in Syria seeking to topple the Damascus government.

Recent footage from a newly recaptured neighborhood in the northeastern Syrian city of Aleppo showed US-made ammunition being delivered to the Jabhat Fateh al-Sham Takfiri group, which is al-Qaeda's branch in Syria formerly known as al-Nusra Front.

Tags: US Larijani
Short Link rasanews.ir/201mKN
Share
0
Please type in your comments in English.
The comments that contain insults or libel to individuals, ethnicities, or contradictions with the laws of the country and religious teachings will not be disclosed