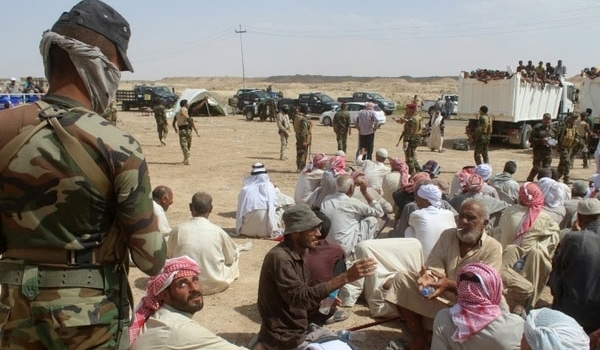 RNA - In its annual report released on Tuesday, the human rights body says just 10 countries are sheltering 56 percent of the world's refugees and they are among the poorest nations. It goes on to state that the richest countries in the world, who can absorb many more refugees, are doing close to nothing.

According to Amnesty International, the top refugee hosting countries are Iran, Pakistan, Jordan, Turkey, Lebanon, Kenya, Ethiopia, Democratic Republic of Congo, and Chad. What Amnesty forgets to mention in its report, however, is that the wealthy Arab monarchs in the Persian Gulf have also done close to nothing to host any Syrian refugees. Here, the Saudis make no secret about not welcoming refugees, even though they are a primary instigator of the wars that are forcing people to flee their homelands.

The point is, across the world, many observers blame the policies of Western powers and their regional vassals on a surge in terrorism and war in the Middle East and North Africa that have forced people to flee their homes. This has been particularly the case for several years in Iraq and Syria, where the refugee crisis has been a predictable outcome. And it’s a notion that cannot deflect blame away from the regime changers and factors that deserve it.

They need to realise that their interventions have only destabilised the heartlands of the Muslim world. Thanks to the “Assad Must Go” gang, the war on Syria has turned the country into a top refugee-maker; Syria’s neighbours have reached their physical limit on their ability to absorb refugees; and that's just one of the reasons so many Syrians are heading to the West.

The troubling part of this tragedy is that the United States and its allies refuse to take any responsibility for the current mess, much less end the disastrous war on Syria. On the contrary, they say they are withdrawing from talks related to the ceasefire process, all while holding Russia, Syria and Iran wholly responsible for the failure of the effort. Lest they forget, if the war goes on, there will be more refugees. Nobody should be surprised when that happens.

Had the Western governments not wanted a refugee crisis, they shouldn’t have been so eager to topple those governments and destabilize those countries. Countries such as Saudi Arabia, Turkey, Qatar and the UEA are not totally blameless either. They were, and still are, very much involved in the ongoing wars in Afghanistan, Iraq, Syria, Yemen and Libya.

They have devoted themselves to supporting various terrorist groups in the hope to oust the Syrian government for geopolitical and sectarian reasons. They are also sponsoring and actively involved in the war on Yemen. Like it or not, all these dirty wars are going to produce even more refugees - peace talks and ceasefire notwithstanding.

Long story short, the whole refugee crisis was easily predictable. It was the foreseeable consequence of shortsighted interventions in the Middle East and the colonial policies of Europe and the United States. The authors of the current mess should face facts and accept responsibility. If they really wanted to solve the refugee problem, they would end the war on Syria and stay out of the Middle East free-for-all. It’s really as simple as that.

Tags: Refugees Yemen Syria
Short Link rasanews.ir/201mK8
Share
0
Please type in your comments in English.
The comments that contain insults or libel to individuals, ethnicities, or contradictions with the laws of the country and religious teachings will not be disclosed