Rasa - The United States government says it is sending an additional 600 troops to Iraq to assist Iraqi forces in the looming battle to take back the city of Mosul from ISIL. 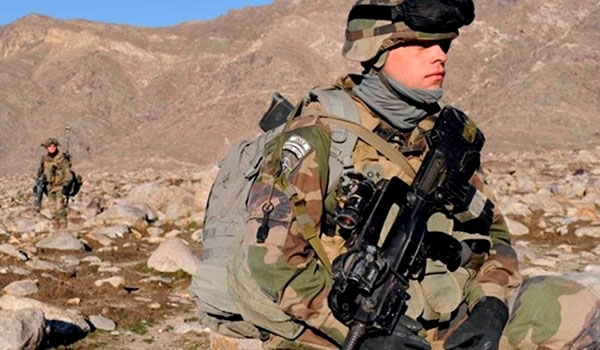 RNA - The US, which supports and arms the same terrorist group and affiliates in Syria, also says it is concerned about ISIL’s defensive preparations, more specifically the arrays of tunnels the death cult has built over the past two years.

It is the false shame of fools to try to conceal the fact that contrary to their shallow concerns, the 2003 invasion of Iraq - under deliberately fraudulent pretenses - had a great deal to do with enabling the current emergence of a terrorist military power in Iraq. It goes much deeper than that. Stupidity also got Washington into the Syrian mess, and it can't get it out:

Any attempt to analyse the reasons for Iraq’s current tragedy should begin right from the American invasion of the country in 2003. The illegal invasion fractured Iraq’s tenuous factional stability, followed by a whole series of bad decisions making matters even worse. As a result, the success of ISIL and the threatened disintegration of Iraq gave CIA’s Bin Laden clones a level of military, financial and political power they could never have dreamed of, much less achieved on their own, to also invade Syria.

Here, the US decision to support ISIL and other terror groups to dismantle the Syrian government was yet another strategic blunder. As a consequence, Syria is another classic case of a failed state — lack of a proper authority at the centre, foreign boots and foreign-backed terrorists on the ground, and a bloody sectarian warfare among different communities. Lest we forget, Saudi cash to terrorist groups under American tutelage effectively poured oil on the ongoing sectarian fire.

After all these years, President Barack Obama says all options are open to fighting ISIL in Iraq! He is even sending additional troops to reverse the militants’ gains. That’s unlikely to solve the problem. The primary reason for the mess in Iraq today is the American invasion of the country. Had the US military had to solve the problems of Iraq, it would have done so when the Americans had occupied the country from 2003 to 2011.

For any solution to work, there has to be broad international and regional cooperation across all political and religious spectrum. The Persian Gulf Arab states and their Israeli-American allies will have to stop destabilising the Syrian government, which is directly helping the ISIL and other extremist elements. They should also stop classifying various terror groups into moderates and extremists. Unless such a political and religious counter-offensive is begun immediately, the military campaigns by Washington and the extras will only bleed Iraq and Syria further.

Here is another troubling part of the tale: If there is any unifying authority left in Iraq and Syria, it is Iran. The problem is, Washington and its regional allies continue to claim that Iran’s war on ISIL is a war against the Sunnis in general. They claim that Iran continues to meddle in Syria as well, supporting President Bashar al-Assad, and under Russian air cover, increasing its troop presence there.

As acknowledged by US Secretary of State John Kerry, all Iranian and Russian forces are in Syria at the request of Damascus. They are there to support Syria in the running war against terrorism, and they are doing this as per international humanitarian law and international protocols. Their goal is a United Syria and a United Iraq – unlike Washington’s, which once unsuccessfully tried to disintegrate these two countries under the Joe Biden Plan -  together with terror proxy forces.

In light of all that, it’s hardly surprising to see the United States trying now to draw its military forces into the fight against ISIL in Mosul. Things have changed – it's October 2016 – and the Americans want to save face. They cannot control the conflict in Iraq and/or eternally search for that unicorn, the moderate rebel, to regime change Syria. They cannot challenge the allied forces of Iran and Russia either. Whatever the Americans may be fighting for in Mosul, it seems at least an empire or two out of date.

Tags: US Syria ISIL Iraq
Short Link rasanews.ir/201mJr
Share
0
Please type in your comments in English.
The comments that contain insults or libel to individuals, ethnicities, or contradictions with the laws of the country and religious teachings will not be disclosed