Deputy Minister: Iran, Russia in Syria to Prevent US Unilateralism 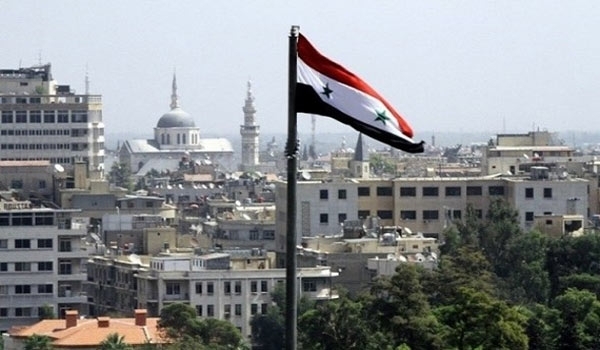 RNA - "I never believe that Russia will change its positions under the US pressures since this issue is not merely related to Syria and its national security but it is related to Russia's future geopolitics and governing the world and therefore, it is correct that the war in Syria is its own battle, but there is no doubt that it is also Iran and Russia's battle to prevent the US move to rule the world unilaterally," Ahmad said on Monday.

Noting that Russia doesn’t want any conflict with the US or NATO, he said that such a conflict will be highly dangerous for international peace and security.

Meantime, Ahmad underlined that Tehran and Moscow will never withdraw from the achievements they have gained, and they will become more powerful each day and partner in governing the world.

In relevant remarks last month, Senior Advisor to the Iranian Parliament Speaker Hossein Amir Abdollahian announced total and ultimate failure of the US attempts to deceive Tehran and Moscow to agree to exclude Syrian President Bashar Assad from future power equations of his war-torn country.

"In recent months, the Americans attempted indirectly to persuade the Islamic Republic of Iran and force it diplomatically to accept that Bashar Assad play no role in Syria's future but the precise positions of the Supreme Leader (Ayatollah Khamenei) and the Islamic Republic's strategy prevented materialization of the US and the Zionist regime's goals in this regard," Amir Abdollahian said in a meeting with Syrian Parliament Speaker Hadiya Khalaf Abbas in Tehran last Wednesday.

"Concurrently, the Americans also made intensive efforts to force Russia to cooperate with the White House in excluding Bashar Assad through a carrot and stick policy, but Moscow showed a wise behavior too," he added.

Amir Abdollahian referred to Ayatollah Khamenei's ban on negotiations with the US on regional and Syria issues, and said history has shown that the American statesmen are not trustworthy at all.

Tags: Iran Syria Russia
Short Link rasanews.ir/201mJp
Share
0
Please type in your comments in English.
The comments that contain insults or libel to individuals, ethnicities, or contradictions with the laws of the country and religious teachings will not be disclosed