Navy Commander: Iran to Give Crushing Response to Aggressors

Rasa - Navy Commander Rear Admiral Habibollah Sayyari underlined the Iranian Armed Forces' preparedness, and warned that they will confront any threats and aggression with a crushing response. 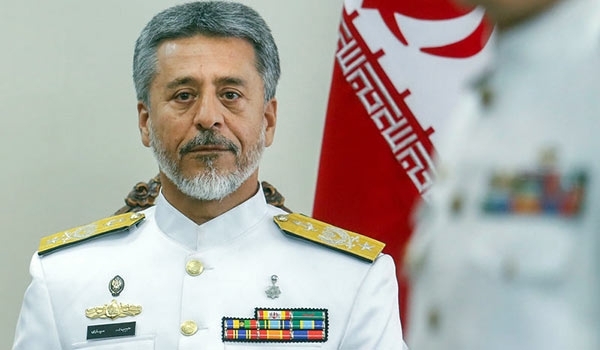 RNA - "If they want to threaten us or create a challenge for us, we will give them a crushing and firm response," Sayyari said in an interview with the Iran-based Arabic-language al-Alam news channel on Monday.

He also stressed his forces' power and capability to safeguard Iran's territorial waters, and said, "The Persian Gulf is a confined and semi-closed sea which belongs to the neighboring states and therefore, the presence of trans-regional countries in there is meaningless; they shouldn’t deploy there."

In similar remarks last month, Sayyari underlined that his forces are fully prepared to defend the country and its national interests against enemies' threats in any part of the world.

"Today the Iranian Navy is making relentless efforts in compliance with the orders of the Supreme Leader of the Islamic Revolution (Ayatollah Seyed Ali Khamenei), and is not afraid of any threat when defending the country's sea borders," Admiral Sayyari said, addressing a ceremony in the city of Isfahan in Central Iran.

In mid-August, the Iranian Navy commander underscored continued deployment of the country's naval forces in free waters to defend the national interests.

"The Islamic Republic of Iran's Navy safeguards the country's interests in the high seas and is ready to confront the enemies at any point," Admiral Sayyari said, addressing the Iranian cadets in the Northern city of Rasht.

Referring to the deployment of the Iranian navy units in the Gulf of Aden, he said they protect the country's interests.

Admiral Sayyari also pointed to his forces' presence in the Indian Ocean, the Sea of China and the Pacific Ocean, and said, "We are conducting mission now at a 2,500-km distance (from Iran)."

In relevant remarks in June, Sayyari announced that his forces deployed in the high seas have escorted over 2,500 cargo ships and oil tankers so far.

"The Iranian Navy has so far sent 41 fleets of warships to the Gulf of Aden and has provided security to 2,500 cargo ships and oil tankers in free waters," Sayyari told reporters in the Southern city of Bushehr.

He underlined that the Iranian flotilla of warships are protecting the country's interests against pirates' attacks.

Tags: Iran Iranian Navy Navy
Short Link rasanews.ir/201mJn
Share
0
Please type in your comments in English.
The comments that contain insults or libel to individuals, ethnicities, or contradictions with the laws of the country and religious teachings will not be disclosed