Rasa - Senior Advisor to the Iranian Parliament Speaker Hossein Amir Abdollahian lauded Egypt for its "constructive and useful" positions on the Syrian crisis and campaign against terrorism. 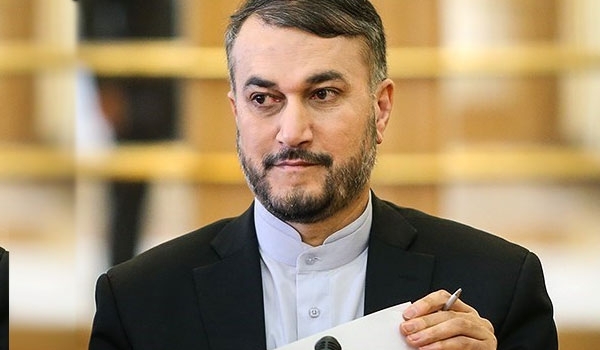 RNA - Amir Abdollahian made the remarks in a meeting with Head of Egypt's Interest Section Yasser Othman in Tehran on Monday.

He underlined the necessity for finding a political solution to the crisis in Syria, and said Iran supports any measure to this end.

Amir Abdollahian called for the development of cooperation with Cairo, and said, "Iran and Egypt are two big and influential countries which can play a constructive role through mutual cooperation in the region to help sooth tensions."

Othman, for his part, stressed Iran's important role in the region, and said, "Increased consultations between the two countries' officials will be effective in improving the regional situation."

Amir Abdollahian's remarks came after Egyptian President Abdel Fattah Sisi, in an interview with local newspapers in August, urged to disarm extremist groups operating in Syria and search for a peaceful way out of the five-year conflict.

The president added that US-Russia agreements on Syria, such as their attempts to broker ceasefire between the government and rebels, and more flexibility on the part of regional powers that have leverage over the warring parties could help find a way out to end the Syrian war.

"Egypt’s stance on the situation in Syria is based on five simple principles – respect of its territorial integrity and the will of the Syrian people, a peaceful political solution [of the crisis], disarming of extremist groups, restoration of Syria, and resetting of its state institutions," Sisi told Egypt’s three key newspapers.

Tags: Hossein Amir Abdollahian Syria Egypt
Short Link rasanews.ir/201mJb
Share
0
Please type in your comments in English.
The comments that contain insults or libel to individuals, ethnicities, or contradictions with the laws of the country and religious teachings will not be disclosed