Rasa - Pope Francis has held a mass in a largely empty stadium in the Georgian capital of Tbilisi, as the majority of officials with the Orthodox Christian Church in the country had allegedly asked followers not to attend the event. 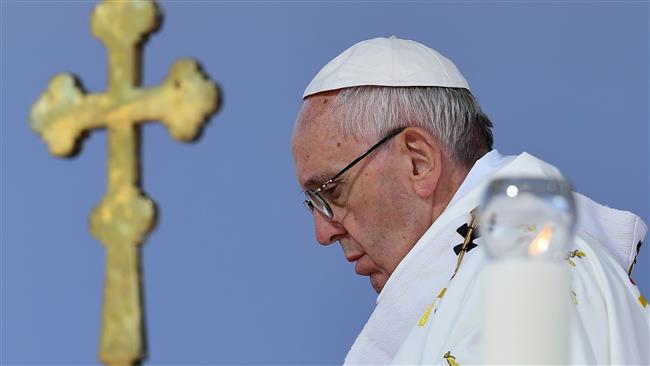 RNA - The pontiff visited Georgia on Saturday as part of a three-day tour in the Caucasus region.

Only a few thousand people participated in the open-air mass at the Meshki stadium with a capacity of 25,000.

According to reports, the event hosted one of the smallest crowds ever seen at an outdoor papal mass during foreign visits.

“As long as there are dogmatic differences between our churches, Orthodox believers will not participate in their prayers,” the Orthodox patriarchate said on its website, referring to the Catholics.

A Georgian priest was quoted as saying that the low attendance at the event was as a protest against Catholic attempts to convert Orthodox Christians.

Pope Francis, during the ceremony, also called for peaceful “coexistence” in the volatile region.

After Georgia, the Pope arrived in neighboring Azerbaijan, which has fewer than 300 Catholics in its overwhelmingly Muslim population.

Tags: Pope Francis Georgia Pope
Short Link rasanews.ir/201mJG
Share
0
Please type in your comments in English.
The comments that contain insults or libel to individuals, ethnicities, or contradictions with the laws of the country and religious teachings will not be disclosed