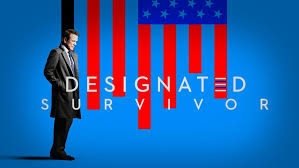 Early in the show’s second episode, breaking news could be seen in the city of Dearborn.

Police were rounding up Muslims and implementing a curfew in the predominately Muslim community.

The episode ends with the president stepping in overruling that order. The show left some Arab-American leaders in Dearborn wondering what if.

“How possible for something like this to happen?  It is very possible,” said Osama Siblani, publisher of the Arab-American News.

Siblani says talk of a scenario like this has elevated since the beginning of the presidential campaign.

He called the show seen on Wednesday day night a form of reality.

“Then you see a reality show like this that reflects the reality of on the ground and then people start relating to it,” said Siblani. “The national debate today surrounding this issue and around this issue is making the whole country nervous because it’s not about the truth. It’s about what you can say in order to get more votes.”

According to Siblani, another reason why this seems possible in the United States: it has happened before.

While Siblani says this is possible, he says Muslim-Americans are not afraid of something like this happening.

He believes the constitution protects all Americans but adds this episode should show us who were are fighting against.

Tags: Muslim Muslims Michigan
Short Link rasanews.ir/201mIs
Share
0
Please type in your comments in English.
The comments that contain insults or libel to individuals, ethnicities, or contradictions with the laws of the country and religious teachings will not be disclosed