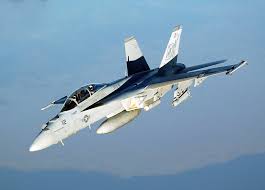 RNA - "Warplanes from the international anti-terrorist coalition carried out four airstrikes today against Syrian forces surrounded by the Daesh group in the Dayr al-Zawr air base," the Russia army said in a statement. "Sixty-two Syrian soldiers were killed and a hundred others were injured in these strikes."

Two F-16 and two A-10 jets entered Syrian air space from Iraq to carry out the attacks, according to the statement.

It added, "Straight after the coalition's strikes, Daesh militants launched an offensive." "If these strikes were due to an error in the target coordinates, that would be a direct consequence of the US' refusal to coordinate with Russia its fight against the terrorist groups in Syria."

The Syrian General Command referred to the incident as a “serious and blatant aggression” against the Syrian army, adding that it was also “conclusive evidence" that the US-led coalition is supporting Daesh militants.

Confirming the reports, the US military says it halted the attack after Russian officials said the targets were Syrian government forces and not Daesh Takfiri militants.

"Coalition forces believed they were striking a Daesh fighting position," said the statement.

It added that the coalition would never intentionally attack Syrian forces, and that it will review the bombing and circumstances which led to it.

The UK-based Syrian Observatory for Human Rights says at least 80 soldiers were killed in the attacks.

Immediately after the US attack, Daesh launched a major offensive in the region and briefly took control of it before Syrian forces managed to retake it.

Meanwhile, during a UN Security Council meeting called by Russia after the attack, Moscow’s Ambassador Vitaly Churkin said that airstrikes do not seem to be mistakes.

“It is highly suspicious that the United States chose to conduct this particular air strike at this time,” he said. “It was quite significant and not accidental that it happened just two days before the Russian-American arrangements were supposed to come into full force,” Churkin told reporters after temporarily leaving the meeting.

“The beginning of work of the Joint Implementation Group was supposed to be September 19. So if the US wanted to conduct an effective strike on al-Nusra or Daesh, in Dayr al-Zawr anywhere else, they could wait two more days and coordinate with our military and be sure that they are striking the right people… Instead they chose to conduct this reckless operation,” he added.

Having briefly expressed regret over the incident, US ambassador to the council Samantha Power insisted that even if an ongoing investigation proves the US was at fault in the attacks, it was never its “intention” to target Syrian government forces.

She also said that Russia’s call for the emergency meeting was a "grandstanding" and a "stunt."

"What Russia is alleging tonight is that somehow the United States is undermining the fighting against ISIL. The Russian spokesperson even said that the United States might be complicit in this attack … this is not a game," she added.

Following the attack, the Russian Foreign Ministry announced that it is calling for a Security Council emergency meeting. Ministry spokeswoman Maria Zakharova said that the attack had also jeopardized a Russian-US agreement on Syria.

"We demand a full and detailed explanation from Washington. That explanation must be given at the UN Security Council," said Zakharova during a televised broadcast.

"The Russian ambassador to the UN has been tasked with convening an urgent meeting of the Security Council over this issue," she added.

On September 9, Moscow and Washington agreed on a milestone deal on the Syrian crisis after some 13 hours of marathon talks in the Swiss city of Geneva. The truce went into effect at sunset on September 12. The deal's initial aims included allowing humanitarian access to the war-hit regions and joint Moscow-Washington attacks against militant groups that are not part of the truce agreement, namely  Daesh and Jabhat Fateh al-Sham.

"We are reaching a really terrifying conclusion for the whole world: That the White House is defending Daesh…Now there can be no doubts about that," she stressed.

Before Russia’s announcement, Syria's foreign ministry called on the UNSC to condemn the attacks and to make the US respect Syria’s sovereignty.

"The Syrian Republic demands that the UN Security Council condemn the American aggression and force the United States not to repeat it and to respect Syria's sovereignty and the unity of its land and people," said a statement.

US warplanes have been conducting airstrikes against Daesh in Iraq since August 2014. Some Western states have also participated in some of the strikes in Iraq.

Since September 2014, the US and some of its Arab allies have been carrying out airstrikes against Daesh inside Syria without any authorization from Damascus or a UN mandate.

The US-led coalition has done little to stop Daesh's advances in Syria and Iraq. Some analysts have criticized the US-led military campaign, saying the strikes are only meant to benefit US weapons manufacturers.

The US-led aerial campaign in Syria has also been criticized for lack of efficiency and high civilian casualties. In July, a US airstrike reportedly killed at least 70 civilians, mostly women and children near Manbij in northern Syria.

Tags: US Syria Russia
Short Link rasanews.ir/201mDA
Share
0
Please type in your comments in English.
The comments that contain insults or libel to individuals, ethnicities, or contradictions with the laws of the country and religious teachings will not be disclosed