Rasa – Thousands of Iranian people from every walk of life held protest rallies in various cities across the country on Friday to condemn the Saudi regime’s relentless crimes on the anniversary of a deadly crush of pilgrims that killed more than 460 Iranians in last year’s Hajj. 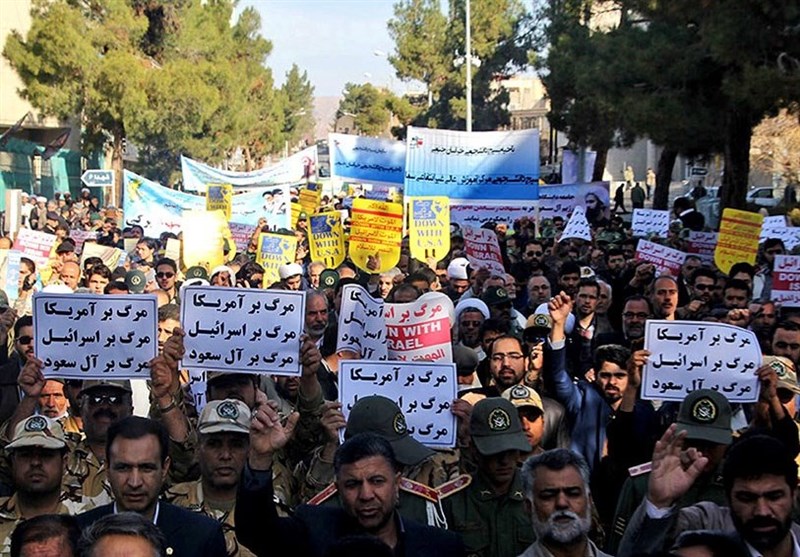 RNA – During the demonstrations, held after Friday Prayers in many cities, including capital Tehran, the Iranian worshippers voiced their outrage at the Al Saud for its failure to handle the Hajj pilgrimage.

The tragic incident in last year’s Hajj pilgrimage in Mina, near Makkah, killed over 7,000 pilgrims, including 465 Iranians.

The rallies were organized following recent remarks by the Supreme Leader of the Islamic Revolution, Ayatollah Sayyed Ali Khamenei, in condemnation of “murderous” Saudi regime over the deadly Mina crush.

In a message to the Hajj pilgrims posted on the Leader’s official website on Monday, Ayatollah Khamenei said, “Instead of apology and remorse and judicial prosecution of those who were directly at fault in that horrifying event, Saudi rulers, with utmost shamelessness and insolence, refused to allow the formation of an international Islamic fact-finding committee.”

Tags: Bahraini Revolution Tehran Tehran Friday Prayers Isa Qasim Shaykh Isa Qasim Friday Rally bahrain
Short Link rasanews.ir/201m8T
Share
0
Please type in your comments in English.
The comments that contain insults or libel to individuals, ethnicities, or contradictions with the laws of the country and religious teachings will not be disclosed