Rasa - Taliban militants have reportedly entered the capital of Afghanistan’s central province of Uruzgan in an attempt to take control of the city and free fellow militants from a prison there. 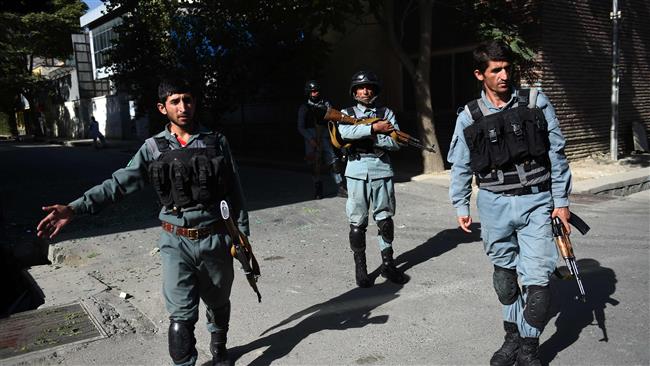 RNA - “The Taliban have entered the city and are fighting to take over police and NDS (intelligence agency) headquarters, and we fear they will storm the prison to free captured insurgents,” said Haji Bari Daad, a tribal elder in the city of Tarin Kot, on Thursday, in reference to the prison in the city that is holding captured Taliban militants.

According to provincial police chief, Wais Samim, the militants have pushed their way to within a few hundred meters of the governor’s compound and police headquarters. The sound of gun battles can reportedly be heard across the city.

Meanwhile, Karim Khademzai, the head of Uruzgan’s provincial council, has said that the streets were empty and shops were closed, adding that the 70,000 inhabitants of the city had nowhere to flee as it had been besieged by the militants.

Late on Wednesday, the Taliban had said in a statement that they ‘would not harm’ government forces provided that they surrendered peacefully.

The militant group also claimed that it had overrun 15 government outposts, including a “strategic military base” in Uruzgan, adding “all the surrounding areas of the capital are under tight siege and attacks” of its fighters.

Defense Ministry spokesman Mohammad Radmanish, however, had rejected what he called the Taliban’s “propaganda campaign” shortly after the release of the statement, promising that the militant group would be pushed back from the city’s outskirts, a prospect that seemed increasingly unlikely on Thursday.

The city officials had earlier appealed to the government in Kabul to send them reinforcements and air support — apparently not forthcoming yet.

Over the past few months, Afghan security forces have focused on foiling Taliban attacks in the southern province of Helmand and the northern city of Kunduz, besides battling Takfiri Daesh terrorists in the eastern province of Nangarhar.

The militant group lost its grip over the country in 2001 in a US-led military invasion and has since retreated to rural areas, resorting to hit-and-run attacks on cities.

Its major achievement came last year when it managed to briefly capture Kunduz, the capital of Kunduz Province.

The possible fall of Tarin Kot will be a new alarm to the central government in Kabul to boost its security forces against the growing threat of the militant group.

Tags: Taliban Afghanistan Bomb
Short Link rasanews.ir/201m81
Share
0
Please type in your comments in English.
The comments that contain insults or libel to individuals, ethnicities, or contradictions with the laws of the country and religious teachings will not be disclosed