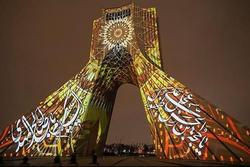 Iranians are celebrating the birth anniversary of the Twelfth and last Shia Imam, Imam Mahdi (PBUH), at their homes amid a ban on outdoor festivities and the closure of religious centers due to a deadly coronavirus pandemic.

RNA - Every year, millions of Shia Muslim pilgrims from Iran and other countries converge at holy shrines and mosques — especially Jamkaran Mosque near the holy city of Qom — to celebrate the event.

This year, however, the Iranian people are commemorating the occasion at home as public gatherings are banned amid the coronavirus outbreak.

People have decorated and lighted up streets across the country to mark the jubilee.

Imam Mahdi — known as Imam of Time — was born on the 15th day of the month of Sha’ban on the lunar calendar around 1,200 years ago.

He commands special respect among Shia Muslims, who believe he will someday reappear on earth as per divine decree, establish peace and rid the world of injustice, discrimination, and other instances of evil.

Leader of the Islamic Revolution Ayatollah Seyyed Ali Khamenei is set to deliver an address to the nation later in the day on the occasion of the birthday anniversary, a national holiday in Iran.

On the eve of Imam Mahdi’s birthday, #ThePromisedSaviour went viral on social media promoting the religious prophecy that a savior would resurrect at some point in time and relieve the world of its suffering. Shia Islam views Imam Mahdi as the Savior.

This comes as the entire world has been hit by a myriad of natural and man-made disasters ranging from the coronavirus to terror groups’ campaign of death and destruction.