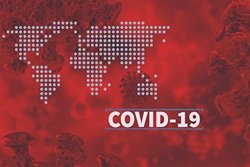 RNA – A documentary entitled “The Silent War” was broadcast on IRIB’s Channel Three on March 23. This documentary investigated the dimensions of the new biological war being waged throughout the world. Among the most important issues discussed were the US-China economic conflict and the US-Iran conflict.

The United States’ debt to other countries is more than $22 trillion of which more than $1 trillion is to China. The United States is the world’s largest debtor and also faces poor military conditions and hasn’t had any success in any of its post-2000 wars.

On the other hand, the United States has been successful in in the field of biological weapons, such as atomic bombs and chemical bombs, but must answer to the international community if it wants to use them. For this reason, it needs to use weapons that leave no evidence and act without identifying the killer so that there is no need to justify public opinion and so that they can inflict the greatest damage at the lowest cost.

So far, China has suffered about $62 billion in damage and China should expect a sharp drop in exports for the next two years and the consequences of its tourism industry collapsing. On February 25, Mark Dubowitz, the CEO of the hawkish think-tank Foundation for Defense of Democracies and a supporter of tightening sanctions on Iran, also tweeted, “Coronavirus has done what American economic sanctions could not: shut down non-oil exports.”

There is a long history of biological warfare. The use of viruses and biological warfare began during the Second Sino-Japanese and World War II when Unit 731, as a covert biological and chemical warfare research and development unit of the Imperial Japanese Army, carried out deadly experiments and was responsible for many crimes against various people, especially the people of China. This unit was officially known as the Epidemic Prevention and Water Purification Department of the Kwantung Army and was under the supervision of Lieutenant General Shirō Ishii, a senior officer in the Kwantung Army. The researchers involved in Unit 731 were secretly given immunity by the United States in exchange for the data they gathered through human experimentation.

While AIDS is said to have been transmitted from monkeys to humans and has nothing to do with the United States, research suggests the modified virus is a laboratory-created virus derived from the Visna-Maedi virus that was first tested on Icelandic sheep.

The SARS virus is a combination of the two viruses – mumps and the measles. It isn’t found in nature because it was made in a laboratory.

At the beginning of the outbreak of the COVID-19 epidemic, scientists identified the agent as bat soup in the Chinese city of Wuhan, while scientists say the virus disappears at 30 degrees Celsius so why hasn’t this virus been eliminated by the heat of the soup?

A weapon against the whole world

Another point about this virus is in regard to the source of the spread – the central Chinese city of Wuhan. In the neighbouring cities, there are many wild bats but none of them have spread the Coronavirus. The third thing about this virus is that it is similar to AIDS and can’t be produced in nature.

The Washington Post has said the virus was made by two Chinese and American scientists in American military laboratories. In the 2011 Hollywood film, “Contagion,” director Steven Soderbergh makes a direct reference to a coronavirus-like pandemic. Only Soderbergh’s imaginary virus caused more deaths than COVID-19.

The Coronavirus can’t be easily contained and it’s clear that thousands will die. When a genie comes out of the lamp, it is difficult to return him into the lamp.