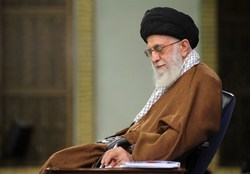 “Torrential rain in Sistan and Balouchestan Province and some other places in southeast of the country that has led to flooding, which has caused problems for people, and in some cases caused destruction and damage, requires that in addition to the praiseworthy services that have been rendered so far, state-run bodies and nongovernmental organizations should do more to help the dear people of that region and prevent further losses,” Ayatollah Khamenei stated in a message on Monday.

Over the past two days, severe rainfall and flooding have blocked roads, destroyed houses and displaced hundreds of people in the southeastern provinces of Kerman, Sistan and Balouchestan as well as Hormozgan in the south.

So far one person has been confirmed dead and another has been reported missing.

Tags: Flood Khamenei Sistan
Short Link rasanews.ir/201sfi
Share
0
Please type in your comments in English.
The comments that contain insults or libel to individuals, ethnicities, or contradictions with the laws of the country and religious teachings will not be disclosed