US assassination of Soleimani ‘death of diplomacy,’ Rand Paul says 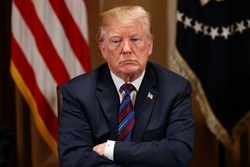 The US assassination of Iran’s General Qassem Soleimani is “sad” and amounts to “death of diplomacy,” says Kentucky Senator Rand Paul, a Trump ally in Congress.

He further added that “it’s now a certainty” there will be more attacks on Americans in retaliation, which Tehran has vowed in dues time.

The Kentucky lawmaker suggested that former national security adviser John Bolton is responsible for the assassination and that President Donald Trump got “bad advice.”

“You would have to be brain dead to believe that we tear up the agreement, we put an embargo on you, and we kill your major general, and they're just going to crawl back to the table and say, what do you want, America,” he said.

Washington claimed that the terrorist attack was aimed at "averting war" ahead of an “imminent danger” but the intelligence that led to that decision has been widely questioned by US officials.

"I think killing a country's major general is an act of war. I don't think you can get away with saying it's imminent," Paul said.

Trump has threatened to attack 52 sites in Iran, including cultural ones, if Iran retaliates General Soleimani’s assassination.

US Defense Secretary Mark Esper had to say that the American forces would “follow the laws of armed conflict" after concerns were raised about attacking cultural centers.

This is not the first time the top Iranian diplomat is being barred from entering the US over the Trump administration’s “maximum pressure” campaign on Tehran.

Efforts are underway by Democrats in both chambers of Congress to require Trump to remove troops from Iran if he does not obtain approval from Congress.

‘Doesn't really matter’ if there was imminent threat from Soleimani

Trump Is 'Impeached for Life'

64% Internationally Say They Lack Confidence in Trump on World Affairs

Iranians report being stopped, facing delays at US border amid tensions

US detains over 60 Iranians on Canada border: Group

The United States is my jailer/my kidnapper. Not my government.

Americans Condemn US Assassination of Iran's Top Commander, White House Policies in ME

US administrations 'manipulate' intelligence to ‘further their political goals’: Senator