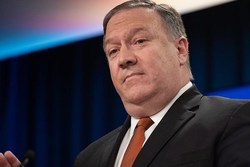 The United States is “the sower of chaos” and the rest of the world is beginning to unite “to limit the harm done without crashing the global economy,” American writer and political commentator Daniel Patrick Welch has said.

RNA - Welch made the remarks in an interview with Press TV when asked to comment on US Secretary of State Mike Pompeo’s statement about Daesh terrorists.

"It's complicated. There are certainly places where ISIS is more powerful today than they were three or four years ago," Pompeo said in an interview with CBS on Tuesday.

“You see, everywhere we are giving them funding, arms and cover, they get more powerful," Welch said sarcastically.

When asked how long the US would keep doing this, Welch said, “What do they care? It costs them nothing. They operate completely divorced from reality. They can keep a low key conflict going anywhere on earth for as long as it helps them.”

"Of course, I shouldn't be flippant while the US is destroying so many lives. It really is a cruel, murderous policy--of supporting proxy death squads to threaten and scare countries into submission,” he added.

"But it is now an open secret that this is what has been going on. Outside of the US establishment no one believes the narrative that the US is on the side of justice and democracy--not in Syria, nor Iran, nor Venezuela, Honduras, Hong Kong, Ukraine. The US is the sower of chaos, and the rest of the world is beginning to unite, in various ways, to limit the harm done without crashing the global economy. It's a tough needle to thread,” Welch noted.

“As to the question of how long they can keep it up, that is the depressing part. Inside the US political bubble, there is virtually no one running for office who sees this, so the political culture is completely stagnant and entrenched,” the analyst told Press TV.

“It's more than the elephant in the room. It's like the elephant has swallowed the room along with the entire house. There is simply no other issue that even approaches US militarism in its importance or danger, at home, abroad--for the very biosphere. Yet it is political suicide for a candidate to address it head on and be taken seriously. The signs of hope are coming from the capacity of the rest of humanity to resist,” he concluded.