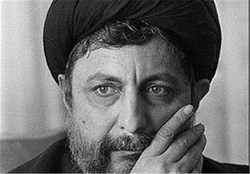 A Lebanese judge has issued arrest warrants in absentia against 10 Libyan nationals, including the son of the slain dictator Muammar Gaddafi, over the disappearance of Lebanon’s prominent Shia leader Imam Musa al-Sadr, who went missing with two companions more than 40 years ago in Libya.

The daughter of Imam Musa al-Sadr says she strongly believes that her father is alive and being kept in prison.

“The documents and evidence show that he is alive and imprisoned as there is no proof to the otherwise,” Houra al-Sadr said on February 26, 2018.

She added that concerted efforts are underway to shed light on the fate of the cleric.

“He is still alive and kept incarcerated. Nevertheless, he has not yet been found and reunited with us,” she pointed out.

The Lebanese parliament speaker also says he has strongly believes that Sadr is still alive, calling for collective efforts to find out about the fate of the cleric and his companions.

Speaking at a ceremony marking the 39th anniversary of Sadr’s disappearance in Beirut, Nabih Berri called on Lebanese media outlets to follow up on the clergyman’s fate, stressing that Lebanese judicial officials were also looking into the case.

The fact-finding mission formed to inquire about the case has, however, been unable to visit Libya due to violence and political instability in the North African country, the top Lebanese legislator argued.

Imam Musa al-Sadr was a highly revered Shia cleric of Iranian descent, who founded the Lebanese Amal (Hope) Movement in 1974. He came to Lebanon in 1959 to work for the rights of Shia Muslims in the port city of Tyre, located about 80 kilometers (50 miles) south of Beirut.

The prominent Shia cleric disappeared on August 31, 1978, during an official visit to the Libyan capital Tripoli.

He was accompanied by Sheikh Mohammad Yaqoub and journalist Abbas Badreddine.

According to Press TV, Lebanon still holds former Libyan officials responsible for the disappearance of the trio.

Since Gaddafi was deposed and killed in 2011, Lebanon and Iran have repeatedly called on the Libyan government to launch an investigation into Sadr's disappearance.

Hannibal Gaddafi, the son of the Libyan dictator, is currently in custody in Lebanon, facing charges of withholding information regarding Sadr’s case.

In August 2016, Sadr's family filed a lawsuit against Gaddafi over his role in the disappearance of the senior Shia cleric.

Rakhine Not Conducive for Rohingya Return

US Not Able to Decrease Iran's Deterrence Power by Maximum Pressure