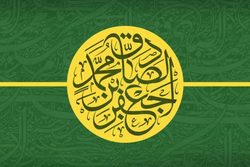 Imam Ja’far al-Sadiq is the sixth Imam of the Shi’ah Muslims and trained and educated many ‎companions. ‎

RNA – Rasa News Agency offers its condolences to all of our dear readers on the ‎martyrdom anniversary of Imam Ja’far ibn Muhammad al-Sadiq.‎

Imam al-Sadiq is the sixth Imam of the Shi’ah Muslims and trained and educated many ‎companions. ‎

‎“…This is your Imam after me, so follow his example and benefit from his knowledge. By ‎God, he is al-Sadiq (the Truthful One) – the one whom the Messenger of God (Prophet ‎Muhammad) described to us (in prophecy). Indeed, his followers are aided (by God) in this ‎world and in the Hereafter…” [i]‎

Imam Ja’far al-Sadiq lived in the transition period between the corrupt ‘Umayyad and the ‎tyrannical Abbasid governments. The unique political circumstances at that time helped limit ‎the extent of persecution which the Imam and his followers were subjected to. Thus, Imam ‎al-Sadiq instructed the Shi’ah to take advantage of the situation by increasing their ‎educational and academic activities throughout the Muslim world. [ii]‎

It was in recognition of this infallible Imam that the term Ja’fari refers to the Shi’ah school of ‎thought. Imam Ja’far al-Sadiq used to tell his companions, “When the man among you is ‎conscious in regard to his faith, is honest in his words, delivers the trusts (to their rightful ‎owners), perfects his manners with people, it will be said, ‘He is Ja’fari (a follower of Ja’far),’ ‎and that would bring joy to me. But if (the man among you) is (in a condition) other than ‎this, his ordeal and disgrace would (falsely) become attributed to me, when it is said that, ‎‎‘these are the manners of Ja’far…’” [iii]‎

During the sixth Imam’s time, various ideologies emerged. While some of these schools ‎remained within the folds of Islam, others were blatantly at odds with core principles of the ‎Islamic faith. But each school had the freedom to make its case and defend its ideas.‎

The Islamic university that had been developing during the fifth Imam’s days was now ‎coming to complete fruition with Imam al-Sadiq’s guidance. This great school quickly became ‎the hub of academic discourse for over four thousand students whose thirst for knowledge ‎was quenched by none other than Imam Ja’far al-Sadiq. The sixth Imam’s lessons ranged ‎from the sciences of Qur’an and Prophetic tradition to chemistry, as witnessed by his student ‎and renowned chemist Jabir ibn Hayyan. [iv], [v]‎

The famous Abu Hanifah, head of the Hanafi School in jurisprudence, used to say,‎

‎“I have not seen (anyone) more knowledgeable than Ja’far, son of Muhammad.” [vi]‎

As another example, Malik, head of the Maliki School in jurisprudence once said:‎

‎“I used to frequent Ja’far, son of Muhammad, for a while – indeed, I did not see him except ‎in one of (these) three conditions: either praying, fasting, or reciting Qur’an. I never saw him ‎narrating on behalf of God’s Messenger (Prophet Muhammad) except in a state of (ritual) ‎purity. He did not speak of that which did not concern him…No eye had seen, nor ear had ‎heard, and no heart of mankind had thought of (someone) more virtuous than Ja’far, son of ‎Muhammad, in knowledge, worship, and piety.” [vii]‎

Proof of the Creator

At one point, a man asked Imam al-Sadiq, “What is the proof that you have a Creator?” ‎Imam Ja’far al-Sadiq responded with the following:‎

‎“I found myself subject to one of two options: either I created myself or something other ‎than myself created me. If I created myself, I am also subject to one of two options: either ‎I created my self while my self already existed – but then I would not need to create it since ‎it already existed – or I created my self while I was nonexistent, but you already know that ‎the nonexistent cannot bring about anything. Therefore, the third meaning is proven – that I ‎have a Creator, Who is Lord of the Worlds.” [viii]‎

This argument leaves no other possible option if one assumes that being created is a given. ‎Another man challenged that thought, however, and told the Imam, “I am not a created ‎‎(being).”‎

Imam al-Sadiq said, “Then describe for me – if you were a created (being) – how would you ‎be (what qualities describe a created being)?” The man thought for a while, and then paid ‎attention to a piece of wood that was near him. “Long, wide, deep, short, moving, ‎stationary…all of these are qualities of being created.”‎

‎“If you do not know (how to differentiate) qualities of the created (being) as opposed to the ‎not (created being), then consider yourself created due to these things which you see ‎coming about in your own self.” [ix]‎

In other words, the descriptions of length after being short, of changing width and depth, of ‎motion after stillness, all point to different states of being. Humans are subject to these ‎changes all the time. The next state exists only after the previous one. Since change is taking ‎place at every moment, all changing things are essentially being created continuously. Every ‎instant, there is a new proof of us being created. [iv]‎

With the Corrupt Ruler

Imam Ja’far al-Sadiq had a number of bold confrontations with the corrupt rulers of his day. ‎The Imam stood up and spoke the words of truth without fear or hesitation. One day, the ‎Abbasid ruler Mansur was in the presence of Imam al-Sadiq. Mansur had been shooing away ‎a fly which kept bothering him. As the corrupt ruler became annoyed he asked the Imam, ‎‎“…Why did God create the fly?” Imam al-Sadiq replied, “To humiliate the arrogant ones.”‎

Mansur remained silent because he knew that, had he spoken, Imam al-Sadiq would have ‎responded with an even more critical statement. But this same ruler chose to write to Imam ‎al-Sadiq one day asking, “Why don’t you approach us as the people approach us?” The Holy ‎Imam answered:‎

‎“There is nothing for which we fear you, nor do you have anything of the Hereafter that we ‎would seek you for. Neither are you in a blessing such that we should congratulate you, nor ‎do you see it as a burden such that we should send you our condolences. So what would we ‎do at your place?”‎

Mansur soon sought to relieve his worrisome thoughts about Imam al-Sadiq once and for all. ‎The tyrant had the immaculate Imam poisoned in Madinah. On his deathbed, Imam al-Sadiq ‎reminded his followers of an essential duty. The sixth Imam opened his eyes and looked into ‎the faces of those around him saying,‎

‎“Indeed, our intercession does not extend to one who takes the prayers lightly.” With these ‎words, Imam al-Sadiq emphasized the significance of prayer and its relation to the ‎intercession of Divine Mercy. The sixth holy Imam was buried in the Baqi’ cemetery of ‎Madinah. [xi]‎

Tags: Imam Sadiq Islam Shia Imams Martyrdom History
Short Link rasanews.ir/201rwV
Share
0
Please type in your comments in English.
The comments that contain insults or libel to individuals, ethnicities, or contradictions with the laws of the country and religious teachings will not be disclosed