Vasael.ir’s new site to be unveiled 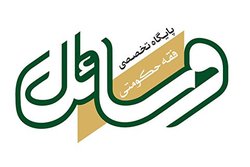 Rasa – The editor-in-chief of Vasael.ir, the Specialist Site of the Jurisprudence of Governance, ‎announced the launch of the new site will be held with the presence of prominent ‎personalities from the Islamic Seminary and a speech by Ayatollah Shabzendehdar.‎

RNA – In an exclusive interview with Rasa News Agency, Dr. Alireza Davoudi, the editor-in-‎chief of Vasael.ir, the Specialist Site of the Jurisprudence of Governance, said that an ‎opening ceremony is to be held to unveil the new site of the organization and said, “The ‎ceremony will be held in the presence of clergymen, scholars, teachers, personalities from ‎the seminary, academics and researchers of the Islamic Seminary on Saturday, June 1st. ‎Ayatollah Mohammad-Mahdi Shabzendehdar [a ‎jurisprudent member of the Guardian ‎Council], will be the main speaker of this program.”‎
‎ ‎
Dr. Davoudi introduced the collection of Vasael.ir and said, “Regarding the concern of the ‎Supreme Leader of the Islamic Revolution [Ayatollah Khamenei] in regard to the field of the ‎jurisprudence of governance, the managers and officials of Rasa News Agency decided to ‎launch this collection so that they could develop this neglected discourse in the Islamic ‎Seminaries. Therefore, Vasael.ir was launched in 2013.”‎

He added, “After the formation of the Islamic Revolution, a great duty was placed on the ‎shoulders of the seminarians and it was to answer the questions posed by the officials of the ‎system. Accordingly, ‎in its new period of life, the Islamic Seminaries must bear this double ‎burden and become involved in the various arenas of community management.”‎
‎ ‎
The editor-in-chief of Vasael.ir‎ explained the features of this collection and said, “This site ‎isn’t based on a specific intellectual stream and isn’t indebted to any stream and for this ‎reason, it’s easy to criticize different opinions and ideas. We only have approaches with ‎those who are distanced from the delineated direction of the Islamic Revolution and the ‎leadership.”‎
‎ ‎
Dr. Davoudi said that the accompaniment of Rasa News Agency and Vasael.ir is a strong ‎point of this news site and added, “Using the capacities of Rasa News Agency ‎and its ‎professional tools has distinguished Vasael.ir from similar collections. Our colleagues, in ‎addition to their expertise in the Islamic Seminaries, have also been able to make significant ‎progress in the media dimension, with the help of Rasa News Agency.”‎
‎ ‎
He stated that Vasael.ir has been making innovations in the production of news styles and ‎the methods of content publishing and noted, “As an example, we present a special version ‎of the method of writing for the publication of Dars al-Kharij (graduate studies) lectures, ‎which is a combination of the academic and media models. We received good feedback ‎from the teachers and audiences in regard to this style of work.”‎
‎ ‎
The editor-in-chief of Vasael.ir‎ ‎said that the scientific attractiveness and richness of the ‎content are among the features of the products of the collection and said, “In addition to ‎producing news, we make use of all media tools to deliver content to our audience, including ‎the production of films, audio tracks, images, writing and information. Vasael.ir is the only ‎collection that has entered into the production of documentaries at the national level in this ‎regard.”‎

Dr. Davoudi divided the scope of the activities of Vasaeli.ir into three periods of work and ‎said, “First, was the era of propaganda, of which our purpose at that time to promote the ‎topics of the jurisprudence of governance in the Islamic Seminaries. To this end, we tried to ‎cover most of the activities of the Islamic Seminaries in this regard.” ‎

He stated that during the second period, the opportunity to create a double motive in the ‎audience came about and stated, “We tried to communicate with teachers and seminarians ‎on the subject of the jurisprudence of governance through interviews and motivational ‎programs. At the beginning of the work, the number of Dars al-Kharij lectures which were ‎held on this issue, were less than the number of fingers on one hand, but nowadays, ‎according to official statistics, the number of seats in the Dars al-Kharij lectures ‎is three to ‎four times higher.”‎
‎ ‎
He said the third period is turning the working life of the collection toward scientific ‎production and said, “Among the research products of the Islamic Seminary, we saw ‎vacuums in which we were trying to fill these gaps by communicating with outstanding ‎teachers. Of course, since the jurisprudence of governance is taking its initial steps, naturally, ‎in some arenas, nothing has been done yet.”‎
‎ ‎
Referring to the process of the production of the outstanding documentary, “Tanfiz ‎‎[Validation],” Dr. Davoudi stated, “There are many doubts in this regard to this issue and it ‎was felt that there was a need for an accurate academic answer to this issue. Understanding ‎this need, Vasael.ir produced this documentary with the help of prominent teachers in the ‎field of documentary production. The quality of academic and media coverage was so great ‎that it was welcomed by various national media networks and was broadcast an hour before ‎the presidential validation ceremony by the IRIB’s Channel One on May 19, 2017.” ‎

He stated that new step of Vasael.ir will be to enter into the field of education and said, “The ‎lessons of ‘Ramadhan Discourses’ are currently being held under five titles, which was a great ‎forerunner for our collection. In the future, we will also hold specialized courses on the ‎jurisprudence of governance. We will inform the enthusiasts of some of the activities that ‎have been outlined by Vasael at the launch ceremony of the new site.”‎

Tags: Vasael Rasa Jurisprudence of Governance Fiqh Website
Short Link rasanews.ir/201roO
Share
1
Please type in your comments in English.
The comments that contain insults or libel to individuals, ethnicities, or contradictions with the laws of the country and religious teachings will not be disclosed