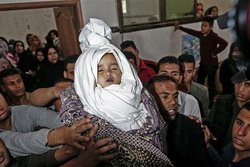 The powerful Israeli lobby in the United States is pushing to criminalize a definition of anti-Semitism that labels whoever criticizes Jews as anti-Semite, says an American pundit.

RNA - Dr. E. Michael Jones, writer and editor of Culture Wars Magazine, made the remarks to Press TV on Monday.

He cited comments by Israel’s Ambassador to the United Nations Danny Danon, in which the envoy had said “the time for discussion is over. We need to make anti-Semitism a crime.”

“The Israeli lobby is now going to go with Danon and his proposal and they’re going to work to pass laws making anti-Semitism a crime,” Jones said.

“[In their idea] anti-Semitism is: Anyone who disagrees with a Jew. That means anyone who disagrees with a Jew can end up going to jail if these people succeed,” he said. ”The State of Florida has already passed a law making anti-Semitism a crime in schools or universities. This is the work of the Israeli lobby in the United States,” the expert added.

The widely-reported manipulation has, over successive decades, taken place in tandem with the US’s unreserved support for the Israeli regime despite all its criminal and deadly violations. The support has seen the US using its veto power at the United Nations Security Council to stonewall almost every resolution that has tried to hold Tel Aviv accountable.

Jones also touched on Washington’s patronage for Tel Aviv, saying, “Every time, the Israelis unleash some types of vicious, disproportionate attack on the Palestinians in Gaza or the West Bank, the United States invariably says that they are acting out of self-defense.”

“The rest of the world, of course, disagrees. The United Nations just recently talked about the gunning down of women and children, Palestinian journalists, medical personnel…,” he added.