Passive defense against enemies’ onslaught must be scientific, serious

Rasa - Leader of the Islamic Revolution Ayatollah Seyyed Ali Khamenei has emphasized the increasing importance of passive defense in the face of the new threats posed by the Islamic Republic's enemies. 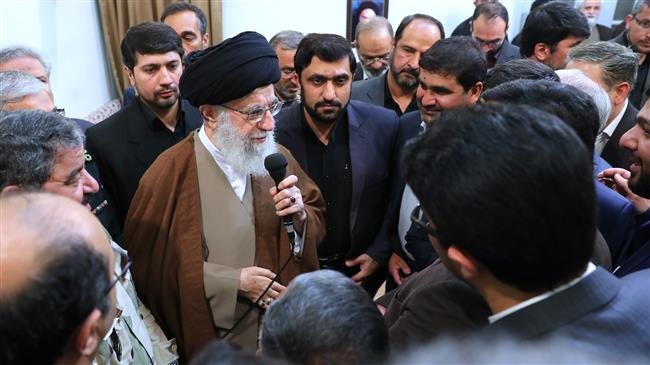 RNA - Ayatollah Khamenei made the remarks in a meeting on Sunday with the head and senior officials of Iran's Passive Defense Organization.

The Leader said, “In the face of sophisticated methods used by enemies’ in their onslaught, the passive defense must be totally vigilant and serious.”

The Leader added that Iran's Passive Defense Organization must find scientific, accurate, updated and comprehensive ways to fend off all kinds of infiltration by enemies in the country.

“Therefore, officials in various sectors of the country – both military sectors and civil sectors – must cooperate with the passive defense [organization] in full and in any way necessary,” the Leader pointed out.

In his decree, the Leader underlined the need to enhance Iran’s passive defense mechanism to boost the nation’s defense capability, saying, “It is necessary that effective measures be adopted in the passive defense domain … and ensure the country’s immunity and necessary defense preparedness against the enemy.”

Tags: Ayatollah Seyyed Ali Khamenei Iran
Short Link rasanews.ir/201qn0
Share
0
Please type in your comments in English.
The comments that contain insults or libel to individuals, ethnicities, or contradictions with the laws of the country and religious teachings will not be disclosed