Rasa - An academic believes the world should criticize Saudi Arabia’s military aggression against Yemen while condemning the murder of dissident journalist Jamal Khashoggi, who was a critic of Riyadh’s actions in the impoverished Arab nation. 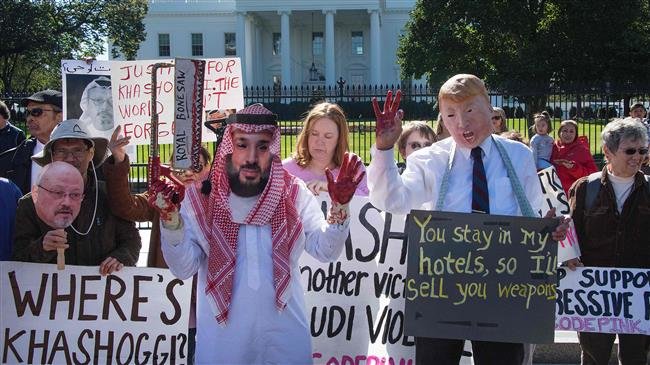 RNA - “While on the one hand we should condemn this murder, we should also condemn the war in Yemen and anybody who is condemning what is happening in terms of the murder of one journalist will need to also back for the call for the Saudi coalition to withdraw completely from Yemen,” Kenneth Fero, a lecturer at Coventry University, tsaid in an interview.

“At the very least, if one thing comes out this, this murder, this killing which would be positive would be that the world focuses attention at last on the behavior of the rogue state Saudi Arabia and its invasion of Yemen,” he added.

According to Press TV, Khashoggi, an outspoken critic of the Riyadh regime, vanished at the Saudi mission in Istanbul on October 2.

Audio recordings from within the consulate suggested that a team of 15 Saudi agents, among them a forensics expert, had been waiting when Khashoggi walked into the building to obtain documents for his upcoming marriage. The agents were also reported to have brought a bone saw with themselves.

In a Friday announcement, Saudi Arabia said that the preliminary results of its investigation indicate Khashoggi had been killed in a "fight with people who met him in the Saudi consulate in Istanbul.”

The admission of Khashoggi's murder at the hands of Saudi officials followed more than two weeks of denials by the kingdom of any involvement in Khashoggi's disappearance.

Tags: Jamal Khashoggi US Yemen Trump Saudi
Short Link rasanews.ir/201qlF
Share
0
Please type in your comments in English.
The comments that contain insults or libel to individuals, ethnicities, or contradictions with the laws of the country and religious teachings will not be disclosed