Rasa - The International Criminal Court's chief prosecutor Fatou Bensouda says she is “alarmed” by violence at the border between the besieged Gaza Strip and the Israeli-occupied territories, threatening to take an action. 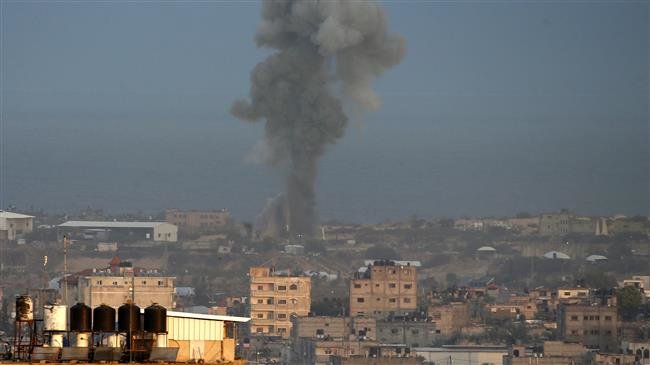 RNA - The warning comes on the heels of Israeli aerial assaults on Gaza that killed a Palestinian youth.

The Israeli military claimed that its fresh air raids came “in response to the rockets fired from Gaza” onto occupied territories overnight. The claim was, however, rejected in a joint statement by Gaza-based Palestinian resistance groups.

The Hague-based court has been conducting a preliminary probe into crimes in the Palestinian territories since 2015.

The probe covers Tel Aviv’s actions during the regime's full-scale war of 2014 against the Gaza Strip.

Bensouda said in a statement on Wednesday that she was "alarmed by the continued violence, perpetrated by actors on both sides, at the Gaza border with Israel."

"As prosecutor seized of the situation in Palestine, I therefore feel compelled to remind all parties that the situation remains under preliminary examination by my office," she added.

"I continue to keep a close eye on the developments on the ground and will not hesitate to take any appropriate action."

Tensions have been running high along the border between the besieged Gaza Strip and the occupied territories since March 30, which marked the start of a series of protests dubbed “The Great March of Return.” Palestinian protesters demand the right to return for those driven out of their homeland.

Tags: Israel Gaza
Short Link rasanews.ir/201qkh
Share
0
Please type in your comments in English.
The comments that contain insults or libel to individuals, ethnicities, or contradictions with the laws of the country and religious teachings will not be disclosed