Rasa - An Israeli policewoman has been arrested on suspicion of opening fire at a Palestinian man in the occupied West Bank, and critically wounding him as a “dubious form of entertainment.” 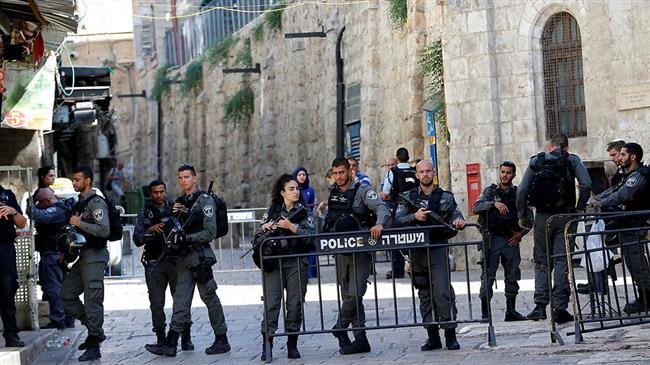 RNA - The judge at a hearing in the Jerusalem al-Quds Magistrate’s Court said on Tuesday that the unnamed suspect, who is said to be in her 20s, fired a sponge-tipped bullet at the back of the Palestinian man, without any apparent operational reason, near the al-Za'im checkpoint in East Jerusalem in May.

The policewoman is also suspected of obstructing justice, since she allegedly told her friend—an Israeli soldier who knew about the investigation and was summoned by the Police Investigation Unit to testify—she did not know anything about the incident.

Itzik Cohen, the Israeli policewoman's defense attorney, denied the charges against his client, asserting she is innocent.

“The policewoman categorically denies that she fired a sponge-tipped bullet at the Palestinian man. Needless to say that the defendant's face does not appear in the video obtained by the Police Investigation Unit, and nor does her voice,” Cohen said.

“The real reason for the defendant's arrest is an attempt by the Police Investigation Unit to break her spirit and make her confess to an act she did not commit, apparently because she was unwilling to implicate others to save herself,” he added.

Tensions continue in the occupied Palestinian territories in the wake of US President Donald Trump's recognition of Jerusalem al-Quds as Israel’s capital.

On December 21 last year, the United Nations General Assembly overwhelmingly voted in favor of a resolution that calls on the US to withdraw its controversial recognition of Jerusalem al-Quds as Israeli “capital.”

The resolution, which had been put forward on behalf of Arab and Muslim countries, garnered a strong majority of 120 votes in the 193-member assembly, with eight votes against and 45 abstentions.

Tags: Palestinian Israel
Short Link rasanews.ir/201qkA
Share
0
Please type in your comments in English.
The comments that contain insults or libel to individuals, ethnicities, or contradictions with the laws of the country and religious teachings will not be disclosed