Rasa – The member of the National Security and Foreign Policy Committee of the Islamic ‎Consultative Assembly said, “The International Convention for the Suppression of the ‎Financing of Terrorism (CFT) doesn’t accept our definition and doesn’t provide us with a ‎definition of terrorism.”‎ 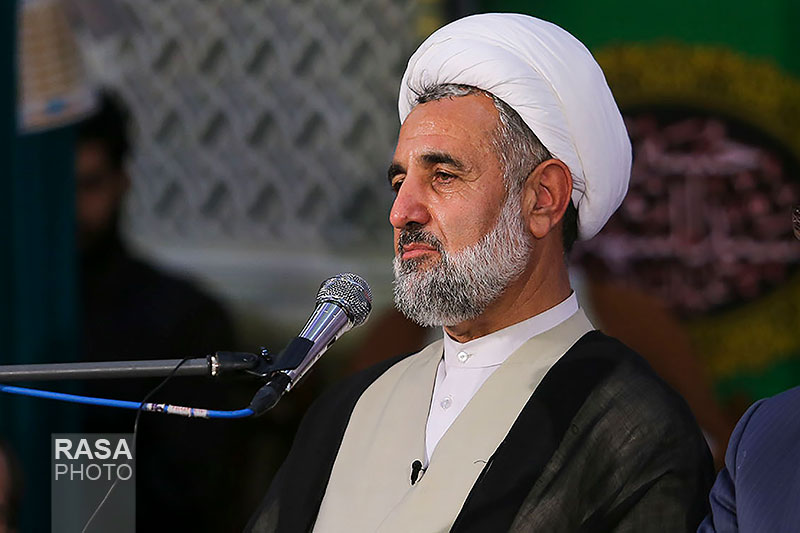 RNA – Speaking at a conference on the subject of “Denying Colonial Conventions” held at ‎Qom’s Ma’soumiyeh Seminary, Hujjat al-Islam Mojtaba Zonnour, a member of the National ‎Security and Foreign Policy Committee of the Islamic Consultative Assembly, referred the ‎difference between the Islamic Republic of Iran and other members of the Financial Action ‎Task Force [FATF] convention and stated, “We must accept the difference between the ‎Islamic Republic and other countries, so the representatives can give a negative vote to the ‎ratification of the FATF convention, while having an understanding of this difference.”‎

The representative of the people of Qom in the Islamic Consultative Assembly said that the ‎representatives who voted to ratify the FATF have the right to explain Iran’s conditions in ‎response to its problems and dangers for the country and said, “It must be noted that only ‎in regard to four terms were our conditions accepted, while we have set seven conditions for ‎this convention.”‎

He noted, “Also, the conditions must not be contrary to the spirit of the convention and the ‎United Nations Vienna Convention of 1967. While contrary and in contradiction to the spirit of ‎the same convention, the member states of that convention must also not object to our ‎terms. This is while 12 countries have pre-empted it and before ratifying the FATF, have ‎protested our possible conditions and Saudi Arabia is basically enough to convince other ‎countries.”‎

In response to the claim that 180 countries have become members of the convention and ‎that there is no difference between them and Iran, Hujjat al-Islam Zonnour said, “It’s clear ‎that these individuals didn’t understand the difference between implementation and ‎membership. The members are the 37 countries of the convention and the rest have agreed ‎to implement the 49 recommendations of the FATF.”‎

His Eminence emphasized that the most important of all the clauses of the FATF is the ‎clause that defines terrorism and said, “The International Convention for the Suppression of ‎the Financing of Terrorism (CFT) doesn’t accept our definition and doesn’t provide us with a ‎definition of terrorism.”‎

He continued, “It must be noted that the backbone of Daesh, which is the greatest terrorist ‎and Takfiri group in the region, is United States. Sometimes Daesh has convoys which ‎contain up to 2,000 vehicles in the region. Can it be said that the Americans didn’t see them ‎in order to destroy them?”‎

Hujjat al-Islam Zonnour added, “Whenever Daesh is suffering a difficulty, the Americans ‎come to their assistance and Iran is the biggest victim of terrorism and has given 16,800 ‎martyrs, including the country’s first prime minister [Mohammad-Ali Rajaei] and has suffered ‎from terrorist attacks against the people in the alleys and markets, the bombing of the ‎Friday prayers and street bombs.”‎

Stressing that determining what is considered as a terrorist attack isn’t with Iran, he stated, ‎‎“If the Planning and Budget Organization ratifies funding for both the Islamic Revolutionary ‎Guard Corps (IRGC) and the members of parliament, it’s against the FATF. A more ‎important point is that we want to bypass the sanctions and fundamentally, relying on the ‎FATF isn’t inclined to bypassing the sanctions.”‎