Rasa - The disappearance of dissident Saudi journalist Jamal Khashoggi in Turkey has already revealed the immoral nature of the ruling regime in Riyadh, says a commentator. 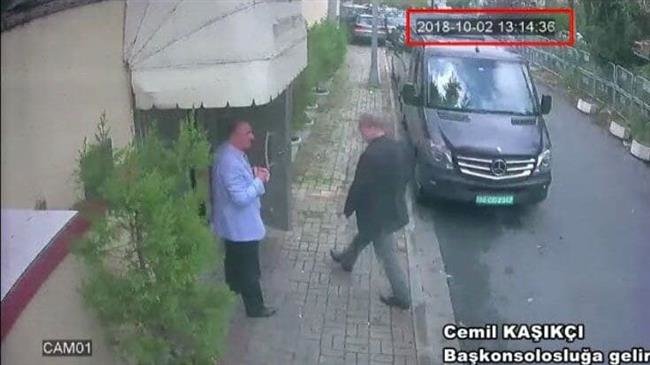 RNA - Khashoggi, a journalist known for his critical views of the Riyadh regime's policies, went missing after reaching Saudi diplomatic mission in Istanbul on October 2. Turkey says it fears that he has either disappeared or been murdered.

Robert Inlakesh, activist and political commentator, said on Saturday that Saudi Arabia bore the responsibility for Khashoggi's fate, stressing that speculations which suggested Riyadh was involved in his ill fate were close to reality.

“Anybody looking at it from an objective point of view ... will point towards them (Saudi authorities). It is pretty [obvious]. We can say with quite a bit of certainty that they are the ones who have done this.”

The analyst added, “Saudi Arabia has to be one of the most - if not the most - immoral regimes on the face of the earth.”

“It is an extremely irresponsible thing to do,” Inlakesh said, noting that the issue should not be surprising when it comes to looking at the conduct of Saudi Arabia all over the world and in the Middle East in particular.

The Washington Post reported Thursday night that recordings of Saudi consulate officials in Turkey obtained by Turkish investigators and shared with their US counterparts detail how Jamal Khashoggi was tortured, killed, and dismembered by a Saudi Arabian security team at the country's consulate in Istanbul.

Tags: Jamal Khashoggi Turkey Saudi
Short Link rasanews.ir/201qjI
Share
0
Please type in your comments in English.
The comments that contain insults or libel to individuals, ethnicities, or contradictions with the laws of the country and religious teachings will not be disclosed