Rasa - The UN on Friday came under fire from several rights groups and activists, including Human Rights Watch (HRW), for picking a number of notorious violators to its Human Rights Council (UNHRC). 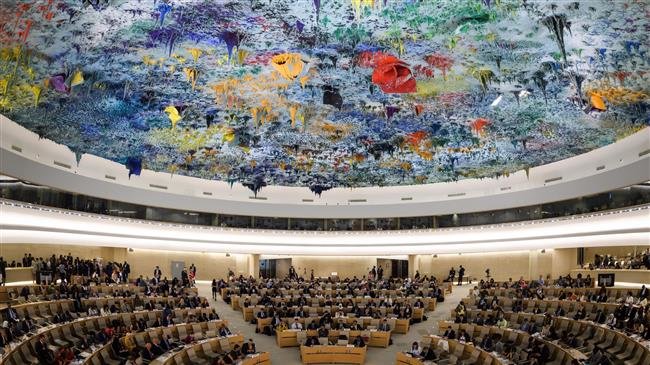 RNA - Bahrain, Cameroon, the Philippines, Somalia, Bangladesh and Eritrea were among the countries elected on Friday as new members of the 47-member UN Human Rights Council after securing the minimum 97-vote majority from the 193 nations that make up the UN General Assembly.

For the first time in the council's history, the five voting regions had only put forward as many candidates as there were seats available, thus removing any competition.

The election immediately sparked criticism from activists across the world, rejecting the picks as “unqualified” over their human rights records.

In ridiculous vote devoid of competition, UN General Assembly elected #Philippines, #Eritrea, #Bahrain & #Cameroon to be among new members of @UN#HumanRights Council in 2019-2021. Such votes make mockery of word "election". Recall that in 2016, #Russialost thanks to competition pic.twitter.com/YBEWr5AiQu
— louis charbonneau (@loucharbon) October 12, 2018

In response to the criticisms, a spokesman for the General Assembly's president later said, "It's clear that the world expects that members of international bodies will abide to a certain set of standards of behavior consistent with the bodies they have been elected to."

Human Rights Watch strongly criticized the election of Bahrain, citing its imprisonment of major defenders of human rights such as Nabeel Rajab, who has served several years in prison after playing a key role in the country’s 2011 uprising.

HRW also highlighted the human rights record of the Philippines, calling the Filipino president’s crackdown on illicit drugs “a killing frenzy that has left thousands dead”.

The group also lashed out at the election of Eritrea for its “persecution and imprisonment of government critics” and Cameroon for its government’s “grave abuses” in its Anglophone region.

Other advocacy groups like UN Watch, the Human Rights Foundation and the Raoul Wallenberg Centre for Human Rights also warned the results of the elections could severely undermine the council’s credibility.

“Regrettably, when the UN itself ends up electing human rights violators to the Human Rights Council, it indulges the very culture of impunity it is supposed to combat,” said Irwin Cotler, the head of the Raoul Wallenberg Centre for Human Rights, in a report this week.

The report also criticized the election of Burkina Faso, Fiji, India and Togo to the UNHRC, and stressed that all had “questionable” credentials.

What adds insult to injury is that the 18 new member states are joining earlier members like Saudi Arabia, which is notorious for its systematic violations of human rights.

In the most recent case, the Arab kingdom is under international scrutiny for its possible murder of Saudi journalist Jamal Khashoggi in its consulate in Istanbul, Turkey.

According to Press TV, the UN set up the Human Rights Council in 2006 to replace the UN Commission on Human Rights, which faced widespread criticism for letting countries with poor human rights records become members.

The UNHRC meets three times a year, and reviews the human rights records of all UN members in a special process the council says gives countries the chance to say what they have done to improve human rights, known as the Universal Periodic Review.

Tags: UNHRC HRW bahrain
Short Link rasanews.ir/201qjF
Share
0
Please type in your comments in English.
The comments that contain insults or libel to individuals, ethnicities, or contradictions with the laws of the country and religious teachings will not be disclosed