Rasa - Former US Secretary of State John Kerry has blasted the political dysfunction in Washington, saying Congress is “torn apart ideologically” due to the partisanship plaguing the Democratic and Republican Parties in the nation’s legislature. 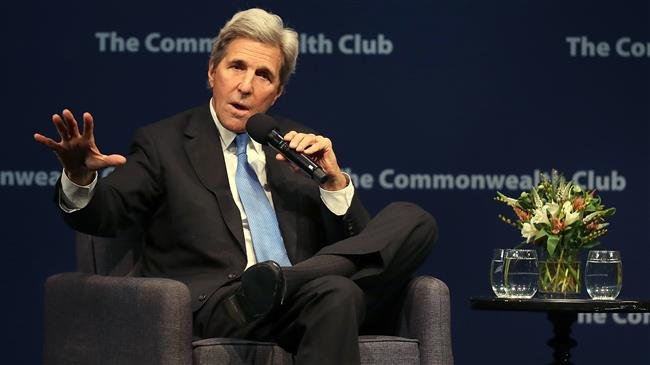 RNA - “Washington is broken. Most Americans understand that. It’s a mess. The Congress is dysfunctional because it’s torn apart ideologically. Politically, it’s in a bad place. And it’s a sad thing,” Kerry said in an interview with US media that aired Sunday.

The former top US diplomat predicted that the public’s frustration with the dysfunction among members of Congress would manifest itself in the upcoming midterm congressional elections.

“I think there’s going to be a reaction in the midterms. … People are very angry at what’s been going on. I don’t know which party benefits where on that. My hope is that, regardless of what party you come from, you’re going to come to Washington determined to work together to make things happen in the best interest of the country,” he said.

According to Press TV, Kerry has also taken a strong stand against the policies of US President Donald Trump.

Kerry, who served as a senator from the state of Massachusetts and ran for president in 2004, is not ruling out running for president again in 2020 against Trump.

The American diplomat, who took part in negotiations with Iran and other world powers under former President Barack Obama, has blasted Trump for withdrawing from the Iran nuclear deal.

Tags: US John Kerry
Short Link rasanews.ir/201qha
Share
0
Please type in your comments in English.
The comments that contain insults or libel to individuals, ethnicities, or contradictions with the laws of the country and religious teachings will not be disclosed