Rasa - An advisor to Turkish President Recep Tayyip Erdogan says he believes that prominent Saudi journalist Jamal Khashoggi, who has gone missing for nearly a week, was killed at the Saudi Arabian consulate in Istanbul. 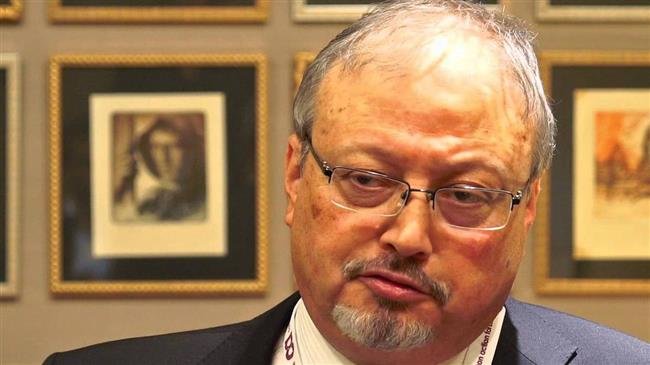 RNA - Yasin Aktay, who advises the Turkish leader in his ruling Justice and Development (AK) Party, made the comments in a brief interview with Reuters on Sunday, adding that Turkish authorities further believed that a group of 15 Saudi nationals were “most certainly involved” in the matter.

He also rejected as not “sincere” the Saudi officials’ statements that there had been no camera records to show the purported exit of Khashoggi from the consulate, as Saudi Crown Prince Mohammed bin Salman claimed to have occurred in a Bloomberg interview conducted on Wednesday and published on Friday.

Khashoggi, an outspoken critic of the Saudi government, had been living in self-imposed exile in the United States since 2017, when Saudi authorities launched a massive crackdown on the dissent. He was seeking to secure documentation for his forthcoming marriage when he entered the Saudi consulate in Istanbul on Tuesday.

His fiancée waited outside the consulate for hours without hearing from him, prompting her to report his disappearance to Istanbul police. Ankara says there is no proof he left the diplomatic mission.

On Saturday, Turkish sources told Reuters that Turkish authorities believed Khashoggi had been killed inside the consulate, in what they described as the intentional targeting of a well-known critic of the Persian Gulf kingdom's rulers.

In a separate interview with broadcaster CNN Turk on Sunday, Aktay, who is also a deputy chairman of the ruling party, said Ankara had “concrete information” on the disappearance of Khashoggi, and that he had not left the Saudi consulate. “The case would not go unsolved,” he added.

Meanwhile, President Erdogan said that he was personally following the case, adding that he still hoped for a positive outcome to the matter.

“We hope not to come across an undesirable situation about missing Saudi journalist Jamal Khashoggi,” he noted, adding that whatever came of this, “we will be the ones to declare it to the world.”

Human rights bodies and journalist rights action groups have raised the possibility of “forced disappearance” as the journalist remains unaccounted for.

Separately on Sunday, the Arabic-language pro-government Saudi Arabian daily newspaper Okaz cited an unnamed official from the consulate in Istanbul as strongly denying the statements published by Reuters, quoting Turkish officials that Khashoggi had been killed in the mission in Istanbul.

The official also vehemently denounced “these unfounded accusations” regarding the alleged killing of the Saudi Journo in the consulate.

The Washington Post newspaper, which featured articles from Khashoggi on its Global Opinions section, published blank pages on its print and website editions on Friday, demanding urgent information about the journalist whereabouts. Human rights campaigners have also demanded that the Saudi authorities clarify the issue.

Also on Sunday, the prominent rights group, Amnesty International, issued a statement noting that if Khashoggi's murder is proven, it would amount to extrajudicial execution.

The statement said, "“Reports that a team flew in from Saudi Arabia expressly to carry out a ‘planned murder’ in the Consulate are cause for extreme alarm after Jamal Khashoggi’s disappearance since entering the building on 2 October."

"If true, this would be an abysmal new low. Such an assassination within the grounds of the Consulate would amount to an extrajudicial execution. This case sends a shockwave among Saudi Arabian human rights defenders and dissidents everywhere, eroding any notion of seeking safe haven abroad," Amnesty added.

According to Press TV, the statement went on to say that Saudi Arabia “routinely uses draconian laws to crack down on peaceful dissent at home, and has even arrested dissidents abroad in the past.”

Amnesty added that possible killing of Khashoggi proves that “Saudi Arabian authorities are willing to dispense even with their own deeply flawed judicial proceedings in order to punish those who peacefully criticize them.”

Tags: Turkey Saudi Erdogan
Short Link rasanews.ir/201qhM
Share
0
Please type in your comments in English.
The comments that contain insults or libel to individuals, ethnicities, or contradictions with the laws of the country and religious teachings will not be disclosed