UN concerned over India’s deportation of Rohingya to Myanmar

Rasa - The UN refugee agency (UNHCR) has expressed deep concern over the fate of seven Rohingya Muslim men deported from India to Myanmar despite warnings they could face persecution in their country of origin. 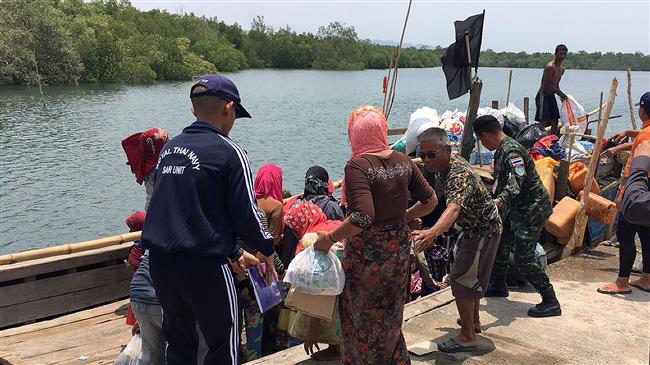 RNA - India deported seven Rohingya Muslim refugees, who had been incarcerated since 2012 for illegal entry, to Myanmar on Thursday.

"UNHCR continues to seek clarification from the (Indian) authorities on the circumstances under which these individuals were returned to Myanmar," spokesman Andrej Mahecic told reporters in Geneva on Friday.

He added that the UN agency was "concerned that they did not have access to legal counsel, were not given the chance to access asylum processing and have their claims assessed in India."

Before their deportation, the UN denounced the forcible return of the Rohingya as a violation of international law, slamming New Delhi for ignoring the danger they faced in their country of origin.

Myanmar’s Rakhine has been the scene of communal violence since 2012. Many Muslims have been killed while tens of thousands have been forced to flee as a result of attacks by Buddhists. The refugees largely live in camps in dire conditions.

Last year, Myanmar’s armed forces, backed by Buddhist extremist mobs, launched a state-sponsored crackdown campaign against Rohingya Muslims in Rakhine, using a series of attacks on military posts by gunmen they linked to Rohingya as a pretext.

The crackdown, described by UN rights officials as a textbook example of ethnic cleansing, forced over 700,000 Rohingya to flee to neighboring Bangladesh, where they are camped in overcrowded refugee centers in dire living conditions.

According to Press TV, Rohingya Muslims, who have lived in Rakhine State for many generations, are denied citizenship and branded illegal immigrants who hail from Bangladesh, by Myanmarese officials.

Last year, Prime Minister Narendra Modi's Hindu nationalist government ordered to deport the Rohingya, whom New Delhi described as a security threat. An estimated 40,000 Rohingya live in India after having fled violence in Rakhine. The Supreme Court is hearing a case challenging the order as unconstitutional.

Mahecic had no information on the whereabouts of those deported to Myanmar, noting "Current conditions in Myanmar's Rakhine state are not conducive for safe, dignified and sustainable return of stateless Rohingya refugees."

UNHCR aid workers on Friday began to assess conditions in three Rakhine townships, following a limited assessment last month in 23 villages where they found that "the Muslim communities are not allowed to move freely", Mahecic said.

"Fear and mistrust are the prevalent sentiments there now," he added.

Tags: Rohingya India Myanmar
Short Link rasanews.ir/201qgi
Share
0
Please type in your comments in English.
The comments that contain insults or libel to individuals, ethnicities, or contradictions with the laws of the country and religious teachings will not be disclosed