Rasa - Addressing the UN Committee on the Rights of the Child on Monday, Saudi officials made rare admissions of fault, saying that they had made “mistakes” in targeting Yemen and were working hard to rectify the problem. 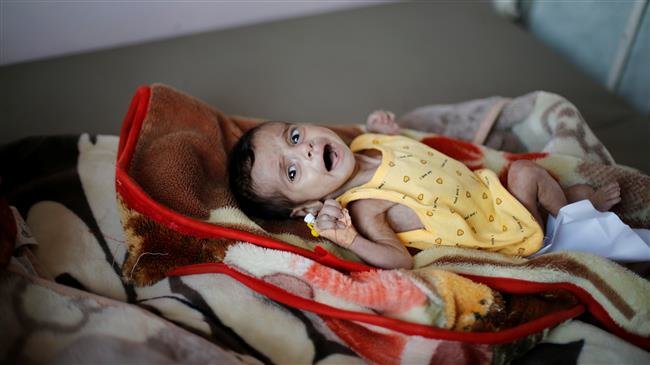 RNA - Saudi officials are clearly trying to use this to fool the international civil society, dodge accountability, and get a pass on the eighteen thousand-plus killed civilians, insisting that the internal investigations note the “mistakes,” and that perpetrators will be “held to account,” despite little evidence that this ever happened.

The UN committee didn’t appear to be sold on this idea, with members noting the war has been going on since 2015 with no sign of prosecutions for civilian deaths. Panel chairwoman Renate Winter noted that an awfully large number of these “mistakes” had hit the same civilian targets, with several schools and hospitals hit myriad times. She asked how many times the Saudis could possibly keep making that same mistake.

Nevertheless, the Saudis are deliberately making ‘mistakes’ in targeting the defenseless people of Yemen and it is time for an end to this criminal war. It is also time for an end to the American-British collusion in what is already the world’s worst humanitarian catastrophe.

The conflict and the blockade by the Saudi-led coalition have left 22 million people in need of humanitarian aid and led to a cholera outbreak that is thought to have killed thousands. It is time for an end to American-British collusion to also put an end to what is already the world’s worst humanitarian catastrophe. They must stop all weapons sales to Saudi Arabia and the other combatant countries and end their support for the war.

Untold thousands of innocent people will die in Yemen unless the Saudi-led military coalition unconditionally lifts it blockade of the country’s ports. The cost of the blockade is being measured in the number of lives that are lost. Supplies including medicines, vaccines and food are waiting to enter the country. Without them, untold thousands of innocent victims, among them many children, will die.

Even with the partial lifting of the blockade, the World Food Program estimates that an additional 3.2 million people will be pushed into hunger. If left untreated, 150,000 malnourished children could die within the coming months. To deprive this many from the basic means of survival is an unconscionable act and a violation of humanitarian principles and law.

Save the Children says that an estimated 130 Yemeni children or more died every day from extreme hunger and disease, and that the continuing blockade is likely to increase the death rate. More than 50,000 children are believed to have died in Yemen so far in 2017, the international aid group says. The Saudi blockade has been condemned even in the European parliament, and in a largely declaratory vote in the US Congress.

Then it is Oxfam, which says, “If those with the power to act fail to do so, history will judge these countries as either responsible or complicit in the unnecessary deaths of thousands of people in Yemen. They need to immediately open borders, and allow the free flow of vital aid and help secure a ceasefire.”

Sadly, Washington’s foreign-policy establishment seems to be blithely unperturbed by such a prospect. There should be little mystery as to why. The stranglehold Saudi Arabia has on policy-makers and thought leaders in Washington, who have allowed the Wahhabi regime’s obsession with Iran and its non-existent presence in Yemen to become their own.

According to Fars News Agency, Without Western support, the Saudis cannot continue their criminal campaign for another day. The United States should end all support for the Saudi-led war as a recent UN investigation indicates war crimes are being perpetrated with US-supplied weapon. "The UN Panel of Experts on Yemen says it’s likely war crimes are being committed with US weapons and supervision, and yet Washington is taking zero actions in response. How can Congress continue to fund this war in the face of US-supported war crimes?"

As per this new UN report, the US-backed, Saudi-led war on Yemen is violating international law. There is simply no way Western participation in this cataclysm of civilian deaths is making the US more safer. The world is seeing what the US and its cronies are doing in Yemen. And history will judge them harshly.

Tags: Yemen Saudi
Short Link rasanews.ir/201qgL
Share
0
Please type in your comments in English.
The comments that contain insults or libel to individuals, ethnicities, or contradictions with the laws of the country and religious teachings will not be disclosed