Rasa - Under increasing pressure from international bodies and rights groups, Saudi Arabia has admitted committing “certain mistakes” in conducting military strikes on Yemen, where the Saudi-led coalition strikes have killed and maimed civilians, including many children. 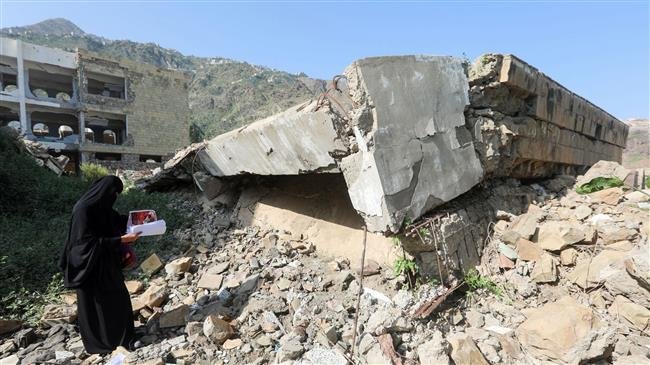 RNA - The United Nations Committee on the Rights of the Child denounced the death of children in Saudi airstrikes on Yemen as it examined the Saudi record on compliance with a treaty protocol on children in armed conflict on Monday.

“This has been going on a number of years. But still, there is no information that any perpetrators or people responsible for these kinds of actions have been prosecuted or sanctioned or dealt with in any way,” said Clarence Nelson, the panel’s vice-chair.

Osaiker Alotaibi of the Saudi Defense Ministry told the panel of 18 independent experts that coalition investigations had uncovered “the existence of certain unintentional mistakes in a number of these operations.”

“The task force recommended that perpetrators should be held to account and victims should enjoy redress,” he added.

‘You say it’s an accident’

Renate Winter, the panel’s chairwoman, wondered why schools and hospitals had been targeted repeatedly.

She also referred to an August airstrike on a school bus in Yemen’s Sa’ada Province, which killed at least 40 children and 11 adults.

Riyadh has even said that the bus was a “legitimate target.”

Saudi Arabia and a number of its regional allies launched a deadly military campaign against Yemen in March 2015, with the aim of bringing the government of Yemen’s former president, Abd Rabbuh Mansur Hadi, back to power.

Late last month, the UN Human Rights Council renewed a probe of war crimes in Yemen, despite attempts by Saudi Arabia and its allies to hinder that investigation.

In related news, an international non-governmental organization, Save the Children, said on Tuesday that the suspected cholera cases have nearly tripled in Yemen’s Hudaydah since the start of a Saudi-led offensive on the port in June.

“Health facilities supported by Save the Children across (Hudaydah) governorate recorded a 170 percent increase in the number of suspected cholera cases, from 497 in June to 1,342 in August,” a report by the London-based NGO said.

According to Press TV, In late July, “airstrikes resulted in the damage of a sanitation facility and water station that supplies Hudaydah with most of its water,” the report added.

“After this incident, suspected cholera cases almost doubled,” between July and August, in health centers supported by the NGO, it said.

Backed by Saudi-led airstrikes, Emirati forces and militants loyal to the former Yemeni government launched the assault on Hudaydah on June 13 despite warnings that it would worsen the impoverished nation’s humanitarian crisis.

According to the UN and the World Health Organization, Yemen faces a third cholera epidemic as autumn rains have increased the risk of infection, as a result of the Saudi-led war.

Tags: Yemen Saudi
Short Link rasanews.ir/201qfq
Share
0
Please type in your comments in English.
The comments that contain insults or libel to individuals, ethnicities, or contradictions with the laws of the country and religious teachings will not be disclosed