Rasa - Hanan Ashrawi, member of the Executive Committee of the Palestine Liberation Organization (PLO), strongly denounced on Wednesday the Israeli Jerusalem District Court’s ruling to legalize Mitzpeh Kramim settlement outpost, North of Ramallah and which was built illegally on private Palestinian land, describing the decision as “an outrageous travesty”. 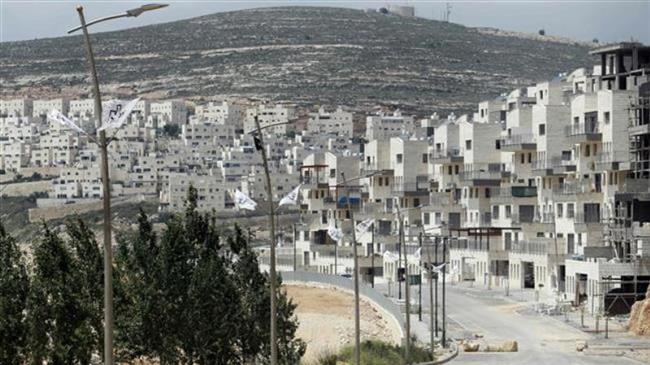 RNA - The court had announced that it the settlers built with "good intentions", then the settlement should not be removed, in contradiction with previous court rulings forcing the Israeli government to remove outposts built without government consent on private Palestinian land in the occupied territories, WAFA reproted.

"The Israeli annexation of Palestinian territory, whether on public or private land, and its illegal settlement enterprise are an egregious violation of international law and conventions, including UN Security Council Resolution 2334; it also constitutes a war crime under the Rome Statute of the International Criminal Court and the Fourth Geneva Convention,” Ashrawi, who heads the PLO’s Department of Public Diplomacy and Policy, said in a statement.

“This ruling must be nullified as it makes a dangerous precedent of retroactively whitewashing illegal outposts and encouraging further lawlessness and acts of violence by the extremist settler population that is terrorizing the Palestinian people, particularly in rural areas and remote villages. It also provides the settlers with further motivation to steal the private property of Palestinian landowners throughout occupied Palestine without any curbs or accountability,” she added.

The PLO official stated that such a decision “exposes how Israel is distorting its own legal and judicial systems in the service of its settler colonialist expansionism while targeting the land, lives and rights of the vulnerable Palestinian people”.

She called on the United Nations “to implement the available options that provide protection to Palestine decisively and effectively and for the ICC (International Criminal Court) to activate a case against the settlers for their criminality, including land theft”.

“It is time for the international community to act on its own decisions and principles to hold Israel to account and to demonstrate both the will and courage to defend the global legal and political system,” Ashrawi concluded.

Tags: Settlement Israel PLO
Short Link rasanews.ir/201qHX
Share
0
Please type in your comments in English.
The comments that contain insults or libel to individuals, ethnicities, or contradictions with the laws of the country and religious teachings will not be disclosed