HRW criticism of Saudi over Yemen ‘not enough’: Analyst

Rasa - An analyst believes Human Rights Watch's criticism of Saudi Arabia is not enough given the magnitude of crimes being perpetrated by Riyadh in Yemen, adding that concrete action should be taken to stop the Saudi military aggression against the impoverished Arab nation. 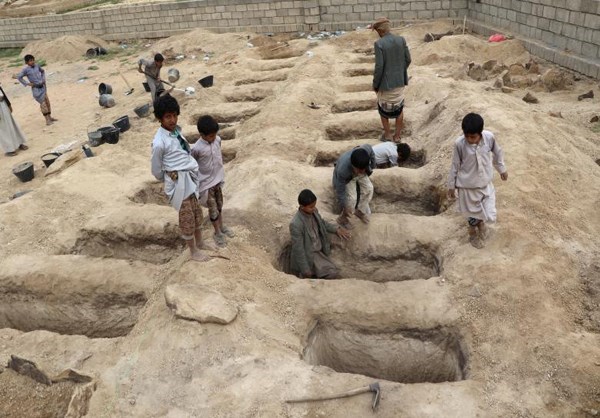 RNA - “This is the least that could be done by the human rights group vis-à-vis all these war crimes and all these violations that are being perpetrated by the Saudi regime and its backers and supporters – the United States and many other Arab countries, including the United Arab Emirates, and other European countries such as Britain, France and others,” Mohammad Obaid said in an interview.

“What we need is movement in the streets to tell all the people of the world to stand up against these governments that are hypocrite, that are claiming that they are conducting investigations in some violations while at the same time they are providing arms, weapons and political cover to all these crimes that are being perpetrated by the Saudi regime in Yemen against the people,” he added.

Human Rights Watch says a so-called investigatory body, overseen by Saudi Arabia, has for more than two years been covering up war crimes committed by the kingdom in Yemen.

The rights organization released a 90-page analysis on the investigative work of a body, known as the Joint Incidents Assessment Team, which is made up of officials from the countries involved in the military "coalition" in Yemen.

Tags: Yemen Saudi
Short Link rasanews.ir/201qGF
Share
0
Please type in your comments in English.
The comments that contain insults or libel to individuals, ethnicities, or contradictions with the laws of the country and religious teachings will not be disclosed