Rasa - Mongolia is reportedly preparing to satisfy a surging demand in Iran’s ‘halal’ meat market with officials saying exports of several thousand tonnes of mutton per year will be the starting target. 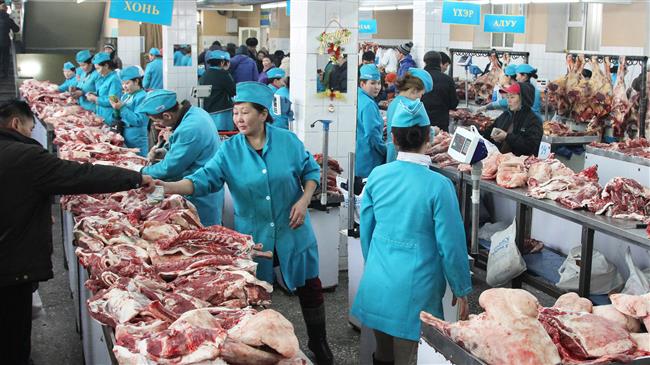 RNA - Reuters in a report said Mongolia’s plans to export its organic meat to Iran were part of the country’s policies to answer calls by the International Monetary Fund to diversify away from mainstream sources of revenue such as mining and turn its huge pastoral economy into a major earner.

Export to Iran, the report added, would be carried out by Darkhan Meat Foods as well as its rivals Max Impex and Max Market.

Darkhan Meat Foods alone would double its exports of the meat in 2018 from 1,320 tonnes last year, Reuters quoted company officials as saying.

The company’s previous exports only included beef and horse meat to other countries, the company’s officials said.

Reuters further added that the slaughtering of the livestock bound for Iran would be carried out under the supervision of experts from the Iranian Veterinary Organization who would try to make sure the meat would be produced according to the Sharia law of Islam.

The mutton is then frozen and transported by truck through Russia and Kazakhstan, reaching Iran in about two weeks.

Mongolia has an estimated 30 million sheep - more than New Zealand - but has until recently only managed to export a thin slice of its overall meat output. It hopes that will change as it taps overseas appetite for halal mutton from places such as Iran, which are forced to import due to limited local production, Reuters added.

And while that was worth only around $8 million, industry officials say those volumes are likely just the start, with exports in the first-half of 2018 quadrupling year-on-year to 775.6 tonnes.

Tags: Mongolia Iran Meat halal
Short Link rasanews.ir/201qFl
Share
0
Please type in your comments in English.
The comments that contain insults or libel to individuals, ethnicities, or contradictions with the laws of the country and religious teachings will not be disclosed