Rasa - Iranian Parliament Speaker Ali Larijani lashed out at the US for speaking of attempts to support freedom in Iran, while it has played a key role in masterminding the 1953 coup in Iran. 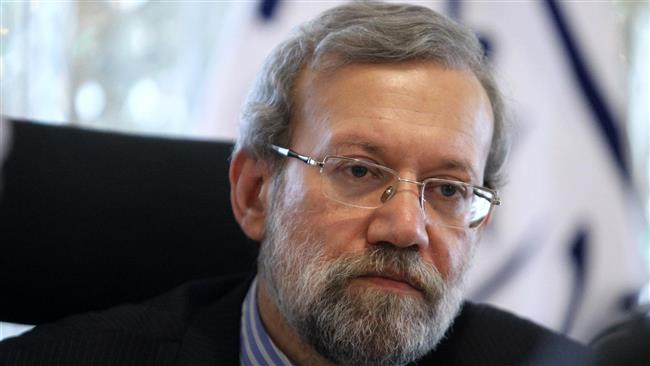 RNA - "How bold you are to speak of the Iranian nation's freedom with your black record of masterminding the 1953 coup and installing a puppet dictator (Pahlavi) regime (in Iran)," Larijani said, addressing an open session of the parliament in Tehran on Sunday.

He also rapped the US and its allies for supplying the terrorists in the region with weapons, while speaking about regional and international security.

According to Fars News Agancy, Larijani referred to the US sanctions against Iran, and said they want to gain control over economic affairs, spread Iranophobia and create concerns in other countries to plunder and blackmail them.

The 1953 coup d'état (known in Iran as the 28 Mordad coup) was the overthrow of the democratically elected government of Iran, and its head of government Prime Minister Mohammad Mosaddeq on August 19, 1953, orchestrated by the United Kingdom (under the name 'Operation Boot') and the United States (under the name Pejak Project).

The coup saw the formation of a military government under Mohammad Reza Shah Pahlavi, who progressed from a constitutional monarch to an authoritarian one who relied heavily on United States' support to hold on to power until his own overthrow in February 1979.

Tags: US Larijani
Short Link rasanews.ir/201qFV
Share
0
Please type in your comments in English.
The comments that contain insults or libel to individuals, ethnicities, or contradictions with the laws of the country and religious teachings will not be disclosed