Rasa - Saudi authorities have handed down prison sentence to a writer in the conservative oil-rich kingdom as part of a widening crackdown led by Crown Prince Mohammed bin Salman against Muslim preachers, members of the press and intellectuals. 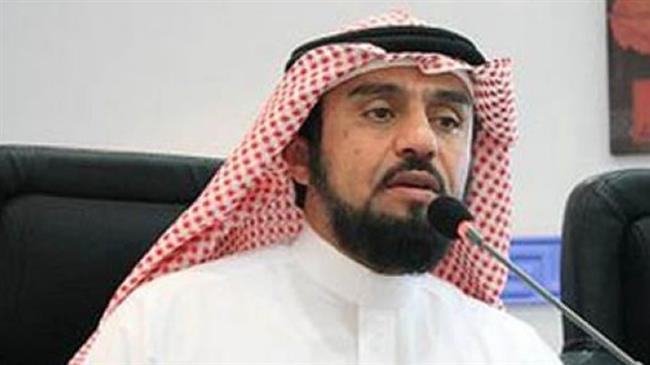 RNA - The rights group Prisoners of Conscience, which is an independent non-governmental organization advocating human rights in Saudi Arabia, announced in a post on its official Twitter page that Mohammed al-Hudhaif was sentenced to five years in jail after being found guilty of “ insulting a friendly country.”

The post added that Saudi officials passed the ruling against Hudhaif at the end of a “secret trial” in late May.

The writer had reportedly published posts on his Twitter page, warning about the threats the neighboring United Arab Emirates poses to the Riyadh regime, and the fiendish plans that Emirati officials have for the Middle East region.

The report came only a few days after human rights activists said prominent Saudi Muslim preacher and political dissident Salman al-Odah, who has been in prison since September 2016, has been transferred from Dhahban Central Prison in the Red Sea port city of Jeddah to al-Ha'ir Prison in the capital Riyadh, and is about to stand a secret trial.

Earlier this week, Prisoners of Consciousness also reported that political dissident and Muslim preacher Sheikh Suleiman al-Doweesh had lost his life due to severe torture he was subjected to during criminal investigations.

According to Press TV, Saudi Arabia has recently stepped up politically-motivated arrests, prosecution and conviction of peaceful dissident writers and human rights campaigners.

Eastern Province has been the scene of peaceful demonstrations since February 2011. Protesters have been demanding reforms, freedom of expression, release of political prisoners, and an end to economic and religious discrimination against the oil-rich region.

In January 2016, Saudi authorities executed Shia cleric Sheikh Nimr Baqir al-Nimr, an outspoken critic of the policies of the Riyadh regime. Nimr had been arrested in Qatif in 2012.

Tags: UAE Saudi
Short Link rasanews.ir/201qFD
Share
0
Please type in your comments in English.
The comments that contain insults or libel to individuals, ethnicities, or contradictions with the laws of the country and religious teachings will not be disclosed