Rasa - The Palestinian Authority (PA) has reacted strongly to a recent approval by Israeli authorities to build 20,000 new settler units in the occupied holy city of Jerusalem al-Quds. 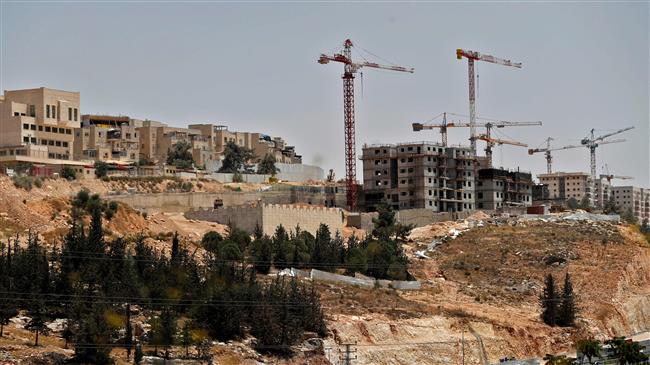 The violation came as part of the regime’s constant hostility against the city since 1967, when Israel occupied the Palestinian territory of the West Bank, including East al-Quds, said al-Mahmoud.

“Israel is constantly trying to alter the geography and demography of the city to claim it as the eternal and unified capital,” the official added.

Further illegal Israeli construction “will lead the region and the world into more conflicts and violence,” he said, stressing that Israel and the United States were responsible for any deterioration that could result from further expansion of settlements.

Mahmoud said the Israeli violations were being carried out with the "full support" of the administration of US President Donald Trump.

Under the new settlement plan for Jerusalem al-Quds which was announced on Wednesday, around 12,600 new living units and an additional 8,000 units will be built as part of “urban renewal initiative” in existing structures.The plan would also include industrial areas and hotels.

Palestinians want the city’s eastern part to serve as the capital of their future state.

Last December, however, US President Trump said Washington endorsed Israel’s claim to the entire city as the regime’s “capital.”

The United Nations General Assembly overwhelmingly votedlater in the month in favor of a resolution that called on the US to withdraw the controversial recognition.

The US defiantly moved its embassy from Tel Aviv to the city in May.

Tags: Palestinian Israel
Short Link rasanews.ir/201qEw
Share
0
Please type in your comments in English.
The comments that contain insults or libel to individuals, ethnicities, or contradictions with the laws of the country and religious teachings will not be disclosed