Rasa - The leader of Britain’s Labour Party is lashing out at Israeli Prime Minister Benjamin Netanyahu over the regime’s killing of Palestinians in Gaza. 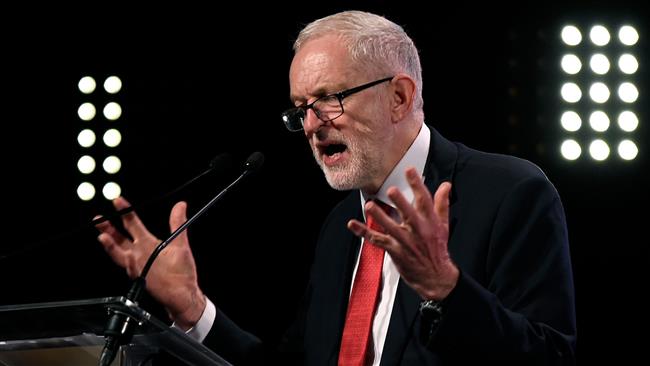 RNA - “Israeli PM @Netanyahu's claims about my actions and words are false,” Jeremy Corbyn tweeted Monday. “What deserves unequivocal condemnation is the killing of over 160 Palestinian protesters in Gaza by Israeli forces since March, including dozens of children.”

Corbyn’s comment followed an attack by the Israeli premier alleging that the British politician supports terrorism.

The mask has fallen the mailed child killing fist is ungloved. The Friends of Israël can step aside, their ventriloquist has taken the stage. It’s #Netanyahu v #Corbyn and @UKLabour It is a naked attack on British politics by a crooked killer and foreign PM. I #StandUp4Corbyn
— George Galloway (@georgegalloway) August 13, 2018

“The laying of a wreath by Jeremy Corbyn on the graves of the terrorist who perpetrated the Munich massacre and his comparison of Israel to the Nazis deserves unequivocal condemnation from everyone – left, right and everything in between,” Netanyahu said.

The Gaza Strip has been under an Israeli blockade since June 2007. The blockade has caused a decline in the standard of living as well as unprecedented levels of unemployment and unrelenting poverty.

The nation state law sponsored by @Netanyahu's government discriminates against Israel's Palestinian minority.
I stand with the tens of thousands of Arab and Jewish citizens of Israel demonstrating for equal rights at the weekend in Tel Aviv.
— Jeremy Corbyn (@jeremycorbyn) August 13, 2018

“I stand with the tens of thousands of Arab and Jewish citizens of Israel demonstrating for equal rights at the weekend in Tel Aviv” Corbyn said.

Tags: Jeremy Corbyn Netanyahu war
Short Link rasanews.ir/201qEF
Share
0
Please type in your comments in English.
The comments that contain insults or libel to individuals, ethnicities, or contradictions with the laws of the country and religious teachings will not be disclosed