Rasa - The United Nations high commissioner for human rights Zeid Ra’ad al-Hussein stated that US President Donald Trump is “close” to inciting violence against journalists with his constant anti-press rhetoric. 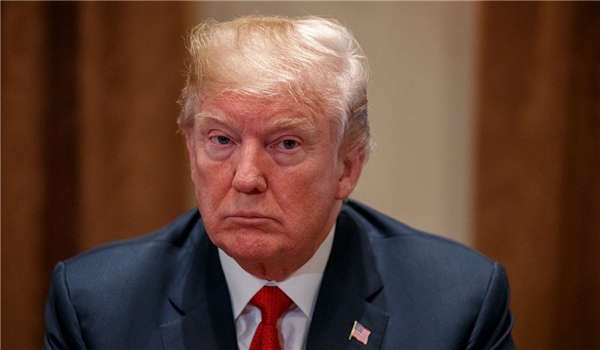 RNA - Zeid told The Guardianon on Monday that Trump's criticism could lead journalists to censor themselves, or to attacks on them.

“We began to see a campaign against the media … that could have potentially, and still can, set in motion a chain of events which could quite easily lead to harm being inflicted on journalists just going about their work and potentially some self-censorship,” Zeid said, adding that “and in that context, it’s getting very close to incitement to violence”.

The UN official went on to criticize the Trump administration's human rights record more broadly, arguing it has shown an unprecedented lack of concern about the issue.

“The Trump administration seems to have separated itself from previous administrations in its upholding of human rights globally,” Zeid stressed.

He also slammed the administration’s failure to appoint an ambassador to the Human Rights Council before US Ambassador to the UN Nikki Haley pulled out of the council in June.

Haley called the council a "protector of human rights abusers and cesspool of political bias" and accused the group of "politicizing and scapegoating countries with positive human rights records".

The US has long argued that the UN council includes members that have poor human rights records themselves.

According to Fars News Agancy, Zeid told The Guardian that the administration's move was “illustrative of the lack of any deep commitment to the human rights”.

He stated that Trump's rhetoric on the media is dangers because it can lead other countries to follow the president's lead.

The UN rapporteur for freedom of expression had warned that the US President’s verbal attacks on the media risks provoking violence against journalists.

Trump frequently brands news articles and media outlets he dislikes as “fake news”. Since his election, he has repeatedly criticized and rejected critical media reports about his administration, often without providing any evidence to support his case.

On Thursday, over 100 newspapers across the US will publish coordinated editorial responses to Trump’s repeated attacks on the media.

Tags: UN Trump
Short Link rasanews.ir/201qEB
Share
0
Please type in your comments in English.
The comments that contain insults or libel to individuals, ethnicities, or contradictions with the laws of the country and religious teachings will not be disclosed