Rasa - Iran’s Islamic Revolution Guards Corps (IRGC) says it has disbanded a team of terrorists on the country’s border with Iraq, killing 11 of its members. 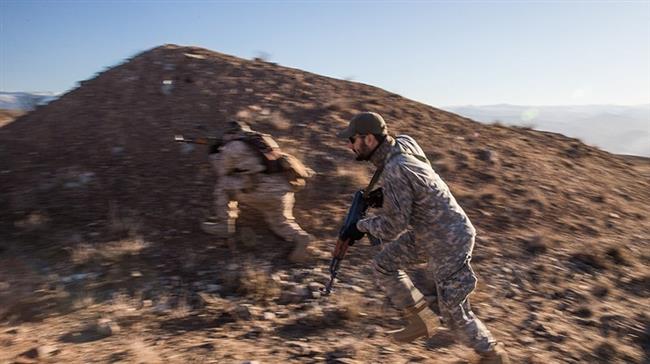 RNA - The IRGC announced in a statement that servicemen from its Hamzah Seyyed al-Shuhada’s base had performed the operation on Friday.

The terrorists were ambushed as they were trying to infiltrate the country from the West Azerbaijan Province’s Oshnaviyeh county, the statement added.

The IRGC described the team as a well-equipped one which it said was associated with “the global arrogance and foreign intelligence services” seeking to “cause insecurity and carry out acts of sabotage.”

Earlier in the year, the Corps prevented a similar infiltration attempt from Iraq's Kurdistan region. The IRGC subsequently warned the northern Iraqi territory to stay wary about terrorist movements within its borders to prevent potential spillover into the Islamic Republic.

Persistently on the lookout against potential intruders, the IRGC regularly engages gunmen, gang members, Kurdish militants, and terrorists on the country’s western and eastern borders.

Tags: IRGC Iran Terror Iraq
Short Link rasanews.ir/201qDY
Share
0
Please type in your comments in English.
The comments that contain insults or libel to individuals, ethnicities, or contradictions with the laws of the country and religious teachings will not be disclosed