Rasa - Amnesty International has once again blasted Bahrain for denying vital medical care to jailed pro-democracy activists, saying the cruel and inhumane practice is putting the prisoners’ lives at risk. 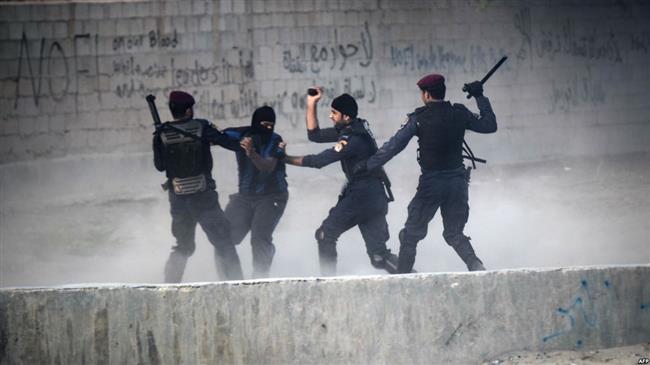 RNA - According to the rights group:

- They are frail and suffering the severe disabilities that come with serious chronic illnesses such as hypertension and diabetes.

- That anyone can bring themselves to treat people with such cruelty is unbelievable.

- The activists have been imprisoned solely for taking part in peaceful protests.

- They should not have been arrested, tried or imprisoned.

- They shouldn’t be subjected to this ill-treatment that is now endangering their lives.

- And they must be released immediately and unconditionally.

However, it’s not just these four men who were put on unfair trial for leading the 2011 peaceful anti-regime protests and sentenced to life in prison. The Bahraini authorities have also imprisoned and tortured hundreds of other pro-democracy leaders and activists over the past years. This equally violates international law and standards on prisoner treatment and constitutes cruel, inhuman and degrading treatment or punishment.

The situation is so bad that Human Rights Watch and UN rights experts have also called on Bahrain to halt its crackdown on activists and restrictions on freedom of expression. In their numerous reports they state that Manama has continued to respond to the peaceful demonstrations with lethal force, killing scores of people and arresting hundreds more. Bahraini authorities have further detained human rights campaigners, broken up major opposition political parties, revoked the nationality of several pro-democracy activists, and deported those left stateless.

Little wonder the European Parliament has also stepped in. The European Parliament lawmakers have also called on Bahrain to immediately put an end to persecution of all human rights activists in the country. The EU even adopted a resolution to call on the Bahraini regime "to immediately release all human rights defenders imprisoned for their activities,” and in particular Nabeel Rajab, who has been sentenced to five years in prison for denouncing on Twitter the torture in Bahrain’s prisons and the Saudi Arabia-led coalition airstrikes in Yemen.

To be sure, the time is right for the international civil society to urge Manama to observe international laws and guarantee human rights for prisoners, freedom of expression and peaceful assembly, suspend military trials for civilians, and officially revoke death sentences.

According to Fars News Agancy, Bahrain is also expected to end its highly repressive political order and let a just system representing all Bahrainis be established. This includes ending widespread discrimination against the Shia majority in the country, not responding to the demonstrations with lethal force, not detaining and torturing human rights campaigners, not breaking up major opposition political parties, and not revoking the nationality of pro-democracy activists and deporting them, particularly those who are peacefully calling for the country to become a republic.

The world has once again focused its attention to Bahrain. The hope is that the international community will use all its political, diplomatic, and economic means at the United Nations to stop the unelected regime from denying the existence of basic human rights for the majority of its citizens, where fear tends to be the order of the day. Fear of imprisonment, fear of torture, fear of death, fear of losing citizenship, family, property, and means of livelihood.

Tags: Human Rights Watch UN bahrain
Short Link rasanews.ir/201qCt
Share
0
Please type in your comments in English.
The comments that contain insults or libel to individuals, ethnicities, or contradictions with the laws of the country and religious teachings will not be disclosed