Rasa - Iranian Parliament Speaker Ali Larijani blasted US President Donald Trump for re-imposing sanctions on Tehran, and said that Washington's measures are harmful to the security of the region 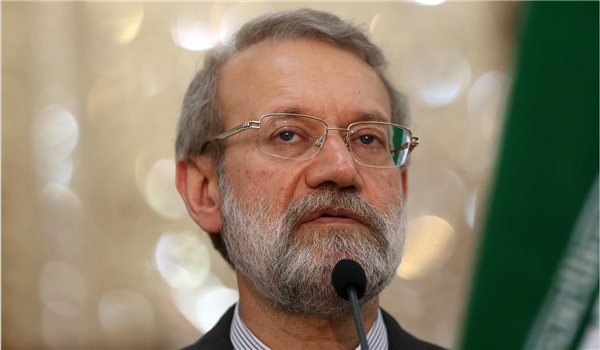 RNA - "Washington’s hostile behavior will not remain unanswered," Larijani said in a meeting with Norwegian Ambassador to Iran Lars Nordrum in Tehran on Tuesday.

The Iranian parliament speaker, meantime, pointed to the European Union’s call on Iran to refrain from taking the same approach as US regarding the nuclear deal and give them another opportunity to continue the trend of cooperation, and said, "Therefore, it was decided to hold some negotiations with the EU in order to coordinate cooperation."

The Norwegian ambassador, for his part, pointed to his country’s efforts to keep Iran in the nuclear deal, and said, “Norwegian SMEs are keen on doing business with Iran. Of course, Norway seeks to expand bilateral ties with Iran beyond the framework of the JCPOA."

"The Norwegian companies are interested in investing in renewable energy projects in Iran," Nordrum said.

Tags: Larijani Trump
Short Link rasanews.ir/201qCn
Share
0
Please type in your comments in English.
The comments that contain insults or libel to individuals, ethnicities, or contradictions with the laws of the country and religious teachings will not be disclosed