US supporting UAE’s collusion with al-Qaeda in Yemen: Ansarullah

Rasa - The spokesman for Yemen’s Houthi Ansarullah movement has strongly condemned the United Arab Emirates (UAE) over its collusion with the al-Qaeda terrorist network in the Saudi-led military aggression against his country, stating that such a conduct has been supported by the US administration. 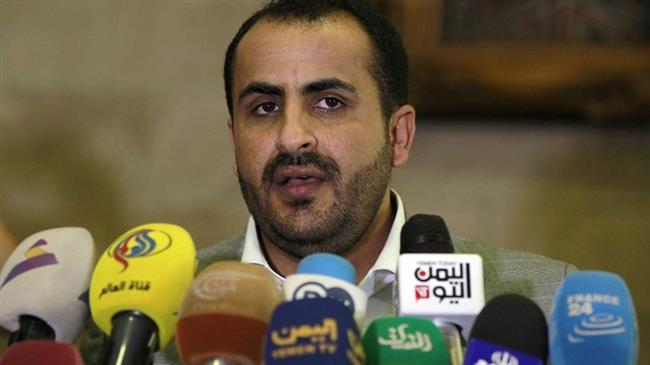 RNA - “In the wake of the Saudi-led onslaught on Yemen and the aggressor’s desperate need for mercenaries, the UAE has cemented its relationship with al-Qaeda under the auspices of the United States,” Yemen’s Arabic-language al-Masirah television network cited Mohammed Abdul-Salam as writing on his official Twitter page on Tuesday.

He added, “The recent report by The Associated Press attests to the fact that [Crown Prince of Abu Dhabi and Deputy Supreme Commander of the UAE's Armed Forces] Sheikh Mohammed bin Zayed bin Sultan Al Nahyan is a modern version of al-Qaeda leaders, and that Abu Dhabi serves as a hideout of the criminal group.”

The Associated Press report states that the Saudi-led coalition on Yemen, backed by the United States, has been paying some al-Qaeda commanders to leave key Yemeni cities, while allowing others to retreat with weapons, equipment and wads of looted cash.

It further noted that the Riyadh-based alliance has even recruited hundreds of al-Qaeda militants in Yemen.

Moreover, Washington was aware of the coalition’s secret deals with al-Qaeda, and avoided assassination drone strikes against members of the dangerous terror network.

“Elements of the US military are clearly aware that much of what the US is doing in Yemen is aiding AQAP (al-Qaeda in the Arabian Peninsula) and there is much angst about that,” Michael Horton, a fellow at the Washington DC-based Jamestown Foundation, commented.

According to Press TV, the United Nations says a record 22.2 million Yemenis are in need of food aid, including 8.4 million threatened by severe hunger.

Tags: UAE Yemen Al-Qaeda Houthi
Short Link rasanews.ir/201qCZ
Share
0
Please type in your comments in English.
The comments that contain insults or libel to individuals, ethnicities, or contradictions with the laws of the country and religious teachings will not be disclosed