Should Iran talk to US? No! But here’s what to do if it must

Rasa - US President Trump violates American commitments under a deal with Iran. His administration launches a relatively fervent campaign to dissuade foreign business with the Islamic Republic. He threatens the country with effectively a nuclear attack. And then he says he is open to meeting with Iranian leaders with “no preconditions.” 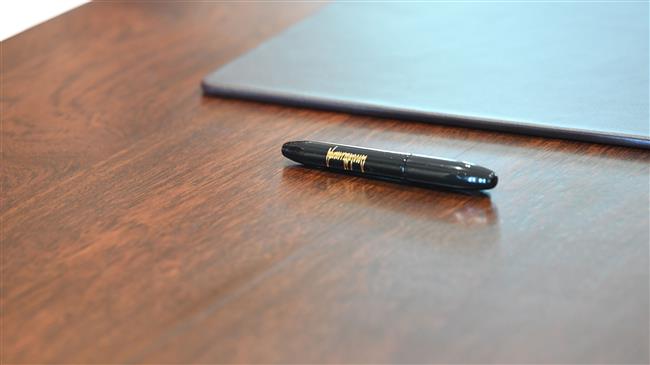 RNA - At first glimpse, that may sound like the practice of the classic carrot-and-stick strategy: you go for a chokehold, and you loosen the grip just before any actual choking takes place. (If you happen to mean to murder, of course, you don’t loosen until after the actual choking.)

But who are we fooling? Mr. Trump doesn’t know strategy — he may not need any. (And he may even really mean to murder.)

But, as often opined, it is more likely that he is on the lookout for success. Symbolic ones will do. A much-publicized handshake with an adversary that he can play up as great statesmanship and the elimination of a threat to the nation? Great! Just great! (The prematurity of that assertion tends to be lost on Mr. Trump’s supporters. They are people who just happen to be, well, like that.)

David Ignatius of The Washington Post describes that Trumpian quality as an attempt to make yourself feel as if you have new friends on the block when old ones figure they don’t want to socialize with you anymore.

Mr. Trump’s offer for supposedly unconditional talks has been tantalizing. And it has sparked a debate inside (and outside) of Iran.

Should Iran accept, or at least consider, that offer? Is the ball in Iran’s court or in America’s?

There is one simple answer to that latter question: there just is no court (and that should put the question of the ball to rest, too). When Mr. Trump withdrew the US from the 2015 Iran deal — something the Iranian government had invested massive political capital in and the Iranian population had pinned too many economic hopes on — he demolished essentially each and every bridge.

I was a strong advocate of Iranian engagement with President Barack Obama’s administration.

Iran negotiated painstakingly for two years, in rounds of talks that sometimes left only two hours for sleep for the negotiators in the day. In the deal that was finalized in 2015, it offered unprecedented access to international monitors to its nuclear program.

Negotiations proved a success, and the resultant deal was a win-win.

But in breaking that deal, which had consumed much energy and had produced much hope (and not only for the Iranian economy), Mr. Trump gave too many Iranians a sense of betrayal.

As a result, an Iranian consensus for further negotiations with America — Mr. Trump’s America — is far too unlikely to happen. Thanks to Mr. Trump, Iranian moderates now have little to no room to maneuver. And that may have been the latent message in Foreign Minister Zarif’s Tuesday tweet that the “US can only blame itself” — and I’ll add this — if worse comes to worst.

If Mr. Trump pulled out of a highly technical deal that was already in place with Iran merely because he had promised to his base to undo the legacy of his personal nemesis number one Barack Obama, and if Trumpian negotiations with North Korea have led nowhere (despite an actually much-publicized handshake), why should Iran choose to do what would be merely a propaganda victory for Mr. Trump — especially if Tehran can somehow manage the economic pains?

Of the field of relations that would have been likely between Iran and America after the historic 2015 deal — something President Rouhani must have had in mind when he recently said peace with Iran would be “the mother of all peace” — all Mr. Trump left with his withdrawal and his subsequent, effectively nuclear threat has been “scorched earth.”

Even if negotiations did take place, no better deal could come of those talks than the JCPOA — the deal that Mr. Trump broke without knowing what was in it. (And the Trump administration doesn’t have the diplomatic or technical expertise to negotiate an agreement nearly as perfect.)

In that sense, going through negotiations for another deal with America — to satisfy the whim of the new leader there — would not only be meaningless but would also go against logic.

A question of logic

The X factor there is the economic realities on the ground in Iran.

If Iran’s diplomacy with Europe fails to soothe the country’s economic pains, those realities could become the catalyst for otherwise meaningless, illogical negotiations with Mr. Trump’s America.

Logic can sometimes be fluid.

But, even if negotiations did ultimately take place with Mr. Trump, communication would not be guaranteed, as has been the case in his administration’s talks on NAFTA, on trade with Europe and China, and on denuclearization with North Korea.

For Iran at least, and at least for now, indications are strong that talking to the White House’s latest occupant will be a total waste of time. For Mr. Trump and his supporters, though, it may be an empty cause for self-congratulation.

If it ever decided to negotiate, Iran would have to figure out a way to use just that shallow behavior to its actual benefit. Giving Mr. Trump the photo op for a handshake but getting him to agree to return to the JCPOA beforehand — and to stay fully committed as long as negotiations continue — may be a good start, if it proves possible, that is.

Tags: US Iran Trump
Short Link rasanews.ir/201qCB
Share
0
Please type in your comments in English.
The comments that contain insults or libel to individuals, ethnicities, or contradictions with the laws of the country and religious teachings will not be disclosed