Senators pass bill to increase US aid to Israel to $3.8 billion

Rasa - US senators are quietly paving the way for a military aid to Israel that exceeds $3.8 billion. 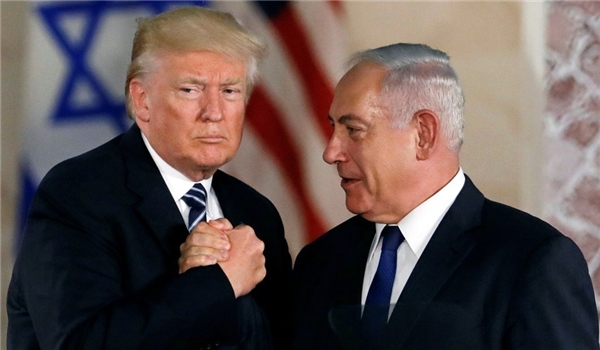 RNA - The number would amount to $23,000 per year for every family in Israel, according to a Friday report by Minnesota-based news website MintPress News, released amid a media blackout.

American senators passed a bill titled the “United States-Israel Security Assistance Authorization Act of 2018,” on Wednesday, paving the way for its likely approval by the US House of Representatives within the week.

The amount is a result of a memorandum of understanding on security assistance between Washington and Tel Aviv.

The funding involves an additional $550 million aid for Israeli missile systems and $1 billion for US weapons stockpiles in Israel.

US military aid to Israel has skyrocketed over the past several years while the regime’s forces are engaged in blatant human rights violations against Palestinians in Gaza and elsewhere.

According to Press TV, Hailed as a “great friend to the Jewish people” by Israeli Prime Minister Benjamin Netanyahu, US President Donald Trump has boosted ties with Israel.

The US president finally broke with decades of US policy by announcing that the embassy in Israel would be relocated from Tel Aviv to the holy city of Jerusalem al-Quds.

Trump made the move despite foreign leaders’ warnings that it could stoke further tensions in the region.

The Israeli regime, meanwhile, continues its atrocities and expansionist policies in the region.

Tags: US Israel
Short Link rasanews.ir/201qC7
Share
0
Please type in your comments in English.
The comments that contain insults or libel to individuals, ethnicities, or contradictions with the laws of the country and religious teachings will not be disclosed